Lab-meeting on individual quality and senescence

This coming Wednesday (June 2), we will have an optional lab-meeting, depending on the weather forecast. If weather is good, we might go to the field, if not, we will meet as usual (10.15 in "Darwin"). I have two articles in mind for this Wednesday, one longer and one very short (1 page). The longer one is a recently published review in Trends in Ecology & Evolution, entitled "What is individual quality? An evolutionary perspective". The authors critically dissect the popular concept of "individual quality and its usefulness in evolutionary ecology.

The other paper is entitled "Rapid and costly ageing in wild flies" and its author is Russel Bonduryansky, a wellknown evolutionary ecologist, who has done some interesting work on sexual dimorphism and sex-differences in mortality rates, mainly on insects. It is a short (brevia) in Nature, that should be a quick read. Hopefully, you will find both these papers interesting. 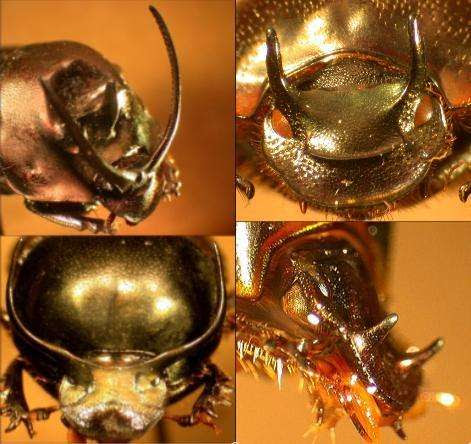 This coming Wednesday (26 May), I wish to discuss a recent TREE-article by Charlie Cornwallis and Tobias Uller that recently came out. The title of this article is Towards an evolutionary ecology of sexual traits. I was one of the reviewers on this article, and I think they have some interesting things to say. Whether you agree or not with their general message, I think this paper should stimulate some discussion.

Also, postdoc Machteld Verzijden might send out one of her manuscripts about mate preference evolution in fish, that she want some input on. If she is able to finish this manuscript, she will send it out by e-mail to the group tomorrow (Tuesday).

Lab-meeting on adaption, extinction and GIS and field excursion next week

This coming week, I was thinking that we should discuss two interesting and general papers. The first one is an essay entitled Adaptation, extinction and plasticity in a changing environment, and it is published in the journal PLoS Biology. One of the authors is Russel Lande, one of the pioneers in developing statistical methods to study natural and sexual selection in natural populations. The current paper outlines a new research programme in how to apply these methods to study ongoing adaptation and evolutionary change in response to rapid environmental change, e. g. due to anthroprogenic global warming.

The second paper is published in Trends in Ecology & Evolution and it is entitled Integrating GIS-based environmental data in to evolutionary biology. One of the authors is John Wiens, who has used GIS extensively in some recent impressive and interesting studies on niche conservatism in salamanders and amphibians, some of which we have discussed in previous lab-meetings. The choice of this latter paper is motivated by the fact that Maren Wellenreuther and Keith Larson have done some interesting new analyzes using GIS that we might take a look at, depending on time and if Maren kan make it to the lab-meeting.

For Thursday (May 20), I was thinking that some of us should make a field trip to Klingavälsåns Naturreservat and other damselfly sites. Although spring is late, we could at least go out in the field and look at the sites and do some planning. We can decide about time and practical details on Wednesday.

Time and place for our regular lab-meeting:

Any fika-volunteer?
Written by Unknown kl. 6:38 AM 0 kommentarer

An interesting, but depressing study was published in Science this Friday. A research team lead by Barry Sinervo, and also including my colleagues Donald Miles (University of Ohio) and Jean Clobert (CNRS, France) have shown an alarming high rate of local population extinctions in Mexico over the last 35 years. Based on these observed real-time extinctions and biophysical modelling of lizard body temperatures in the field (based on experiments), they conclude that the rate of climate change and increasing temperatures are too high for the lizards to have time to adapt.

Lizards and other ectotherms are constrained in their foraging time in hot climates because they must avoid overheating. In particular, viviparous lizards suffer, since pregnant females are especially sensitive: they carry embryos in their bodies which easily die at high temperatures. It is therefore not surprising that most viviparous lizard populations are found at higher latitudes and altitudes, i. e. in colder climates. As temperatures increase dramatically in these environments, these viviparous lizards face a significantly higher extinction risk compared to oviparous lizards, largely because their foraging time becomes drastically reduced and they have to spend a larger part of the day in the shade, to avoid overheating.

The research team estimate, conservatively, that about 20 % of all lizard species on Earth run a significant and serious risk of becoming extinct before 2080, unless the current global warming trend is reversed. This is rather alarming, as lizards is only one of several organismal groups that are likely to have passed the "extinction" threshold determined by anthroprogenic global warming. Other groups that have been discussed are amphibians.

Perhaps we are now entering the next (the sixth) massextinction, which will also drag humans away from this planet? Keep in mind that one of the most famous massextinctions about 251 milllion years ago (The Perman-Triassic massextinction event) killed between 70 and 96 % of all living species, and happened after a global temperature increase of about 6 degrees. Incidentally, a six-degree temperature increase is one of the scenarios outlined by UN:s intergovernmental panel IPCC in their most pessimistic scenario over the coming 100 years (although some climate scientists consider this a rather realistic scenario). If so, Homo sapiens might not have long time left on this planet.

You can read more about this lizard study here, and do not forget to watch the video, where Jean Clobert and Barry Sinervo discuss their findings.
Written by Unknown kl. 11:57 PM 0 kommentarer

A new synthesis between community ecology and evolutionary biology?

On the lab-meeting this coming Wednesday (12 May, 2010), I would like to discuss a review article in TREE about the (possible) new and emerging synthesis between community ecology and evolutionary biology. You can download this article here. Hopefully, we can have a good and conceptually rich dicussion about the general message in this paper.

The lab-meeting the week after this one (i. e. May 17, 2010), I was planning to have a lab-meeting outdoors, meet the spring and (hopefully!) see the first emerged odonates of the year, followed by lunch at cosy outdooor museum and restaurant Kulturens Östarp. Stay tuned, more info soon.

Time and place for the coming lab-meeting the current week as usual: