The first paper I would like to discuss is from Locke Rowe's group at University of Ontario (Canada), and you can download it here. I heard Locke give a talk about this at the European Evolutionary Biology Meeting ("ESEB") in Italy in August last year, and I already then thought that this was a very interesting subject.

In particular since most of us (at least me!) are not particularly interested in these novel molecular tools per se, but rather wish to understand how they can be used to illuminate problems and processes in phenotypic evolution, at the whole-organism level, I was thinking that we could get some idéa of how transcriptomics might be used to achieve this goal. Hopefully, we will have a good discussion about this on this coming lab-meeting.

The second paper is a more tradition quantitative-genetic study of intersexual genetic correlations by Steve Arnold's group, and this other paper can be downloaded here.

We will have a lab meeting this week. Two things are on the agenda:
1) Fabrice has been invited to give a seminar in Linköping and would like to get your feedback on his presentation. He will speak about

ABSTRACT: The question of how diverging populations might become separate species by restraining gene flow is a central issue in evolutionary biology. Assortative mating might emerge early during divergence, but migration modification can also play an important role in speciation. We demonstrate that two recently diverged ecotypes of a freshwater isopod have rapidly developed pre-mating isolation. This is consistent with ecological speciation theory, which predicts that sexual isolation arises as a byproduct of ecological divergence. However, migration modification acts as the main barrier to gene flow, although the joint emergence of these two isolating mechanisms has facilitated adaptive divergence. These results underscore that migration modification might be as important as assortative mating in the early stages of ecological speciation.

2) Tina would like to get your input on some 'work in progress'. Please email me under Maren.wellenreuther@zooekol.lu.se to get the attachments - if you have not received them already.

Any fika volunteers for this week? See you all on Wednesday, Maren

Lab meeting at the 8th of April

Dear all,
this is being posted late-as I had problems to upload something to the blog yesterday.
This is what I sent around yesterday (by email):

Erik is in South Africa now, but we will continue with the weekly meetings as much as we can.
The paper this week is by Anne Runemark et al. and investigates mate choice in Podarcis gaigae, the Skyros Wall Lizard. 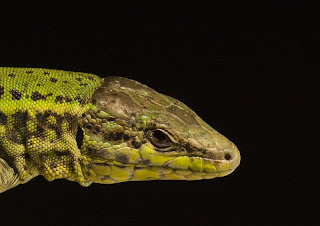 Anna and her co-workers were interested to compare the strength of premating isolation between mainland and island populations of this species, and tested male and female preferences for chemical scents in several populations. Comparisons showed that the island populations preferred the smell of individuals from their own population, whereas no such preference was found in mainland populations. These results are discussed in light of the pheromone compositions and population genetic models. Anna's abstract is posted below.

Please send any suggestions for upcoming lab meetings to my email address
Maren.wellenreuther@zooekol.lu.se