Merry Christmas and Happy New Year from the EXEB-lab in Lund! On behalf of the EXEB-lab in Lund, I wish all co-workers, including all of our students, postdocs, junior researchers, national and international collaborators a Merry Christmas and a Happy New Year 2014! The year has been succesful, with new grants, excellent publications and two new PhD-students accepted in to the group: John Waller, Katrine Lund-Hansen and Anna Nordén. They have both made a strong start in their research careers and we wish them all good luck for the future.

In 2013, there has also been some notable achievements by former postdocs Yuma Takahashi and Lesley Lancaster, who have both obtained research positions in the UK and Japan, respectively. We wish both Yuma and Natsu good luck as they now will hopefully establish themselves as independent researchers at their new universities.

As for myself, I am very happy with they past year, and on the personal level, what gave me most satisfaction was probably winning the photo competition of the journal "Oikos" (see picture below). My pictures of ovipositing emerald damselflies (Lestes sponsa) will now be on the cover of Oikos in 2014, and apparently also be on the new "app" the journal will soon launch.

I used the prize sum (100 GBP) to buy some books at Amazon, including the autobiography of Richard Dawkins: An appetite for wonder: The making of a scientist. Although I am not as huge and uncritical fan of Richard Dawkins as I used to be, I am looking forward to read this one, as I imagine it will be very interesting and thought-provocative. 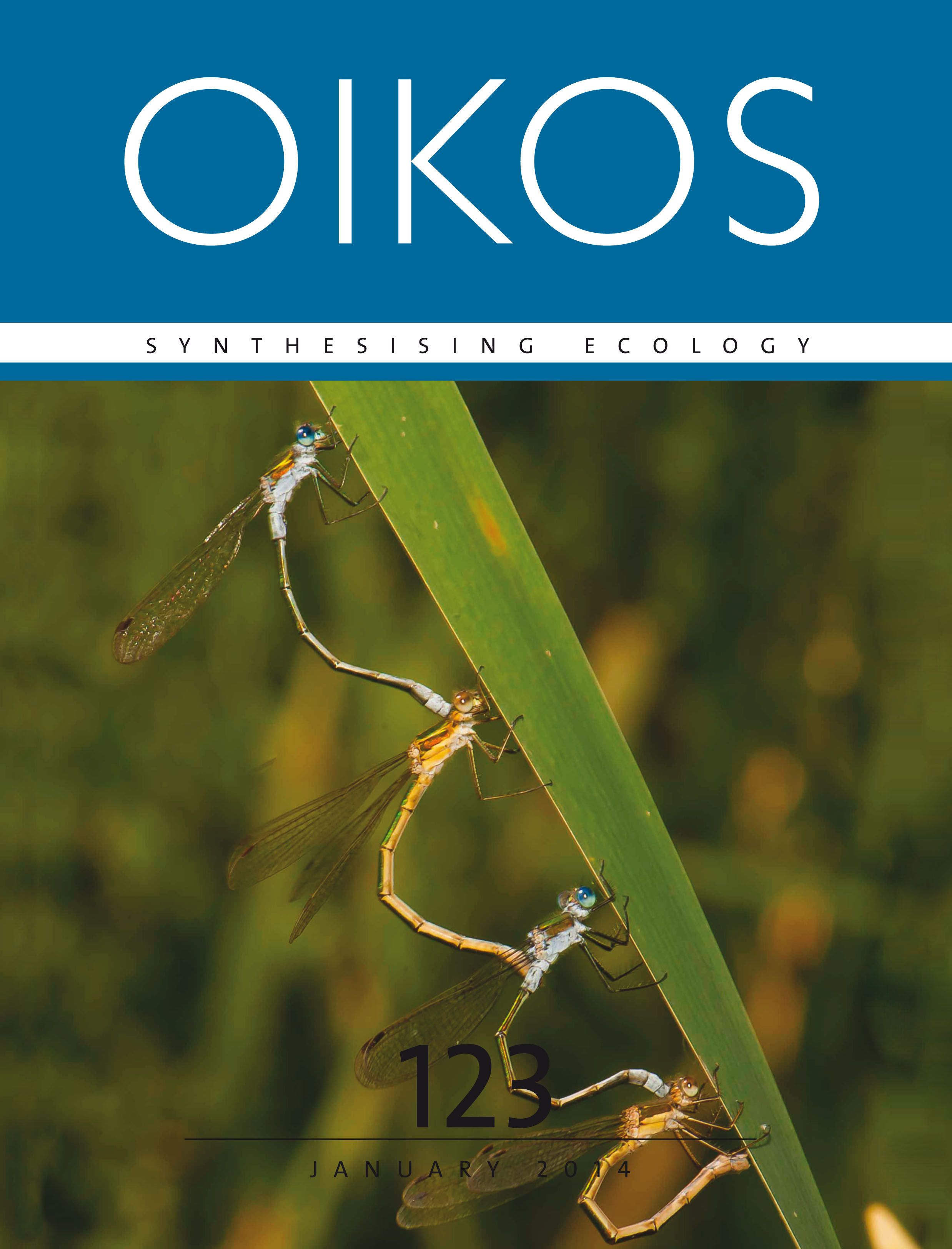 Written by Unknown kl. 8:05 AM 0 kommentarer

Lab-meeting in preparation for "Christmas Meeting"

We meet on Tuesday (December 17) to listen to Anna Nordén, John Waller and perhaps also Qinyang Li to present the final version of their talks on the "Christmas Meeting" of the Evolutionary Ecology Unit (18-19 December). This will be a chance for Anna, John and Qinyang to get some final constructive input on their talks, and for the rest of us to come with constructive suggestions in a friendly atmosphere.

Note that both time  and location of the lab-meeting has been changed, due to teaching commitments on my part. The new time and place is:

Written by Unknown kl. 3:00 AM 0 kommentarer

SOLVING THE PARADOX OF STASIS: SQUASHED STABILIZING SELECTION AND THE LIMITS OF DETECTION

I think we should read about stabilizing selection, since it is the topic I will be presenting on at the Jul unit party. Anyway, links and abstract below as usual. See you at 10.30 and fika will be provided.

SOLVING THE PARADOX OF STASIS: SQUASHED STABILIZING SELECTION AND THE LIMITS OF DETECTION

link (to supporting material)
Written by Anonymous kl. 12:44 AM 0 kommentarer