Posted by Jessica Abbott on behalf of Utku Urhan

Hi All,
The article i have picked for the next lab meeting will be a follow up on intelligence topic from our previous discussion. This new article from "Trends in Cognitive Sciences"  reviews contemporary studies on cognitive sex differences and points out  biological and environmental factors which may affect male and female cognitive abilities and development differently. Authors also discuss possible ways to maximize cognitive potentials of both genders.

Abstract
Surprising new findings indicate that many conclusions about sex differences and similarities in cognitive abilities need to be reexamined. Cognitive sex differences are changing, decreasing for some tasks whereas remaining stable or increasing for other tasks. Some sex differences are detected in infancy, but the data are complex and depend on task characteristics. Diverse disciplines have revolutionized our understanding of why these differences exist. For instance, fraternal-twin studies align with earlier literature to help establish the role of prenatal androgens and large international datasets help explain how cultural factors such as economic prosperity and gender equity affect females and males differently. Understanding how biological and environmental factors interact could help maximize cognitive potential and address pressing societal issues.

This week's lab meeting will be a field trip to MAX-lab, the university's synchotron facility. They've arranged for a tour guide with experience in biology, so we can find out not only what a synchotron does, but also how it can be used in our research field.

We will meet outside the coffee room at 10.15 and walk there together. The tour itself starts at 10.30.

All visitors to MAX-lab need to be registered, so I need to supply a list of participants in advance. If you are planning on coming then please contact me so I can add you to the list.

Sorry that it took so long to get confirmation from MAX-lab.
Written by JessicaKAbbott kl. 5:27 AM 0 kommentarer

On Tuesday next week (November 19 2014), we have an invited  speaker and collaborator of mine from University of Manchester: Dr. Tucker Gilman. Tucker is a theoretical evolutionary biologist who has recently become especially interested in the role of learned mate preferences in sexual selection and speciation (hence our collaboration). You can read more about his research and publications here.

Tucker will visit Lund next week for several days, and in case you would like to meet up with him and discuss science, send me an e-mail (erik.svensson@biol.lu.se). We can also perhaps arrange for a pub evening at "Inferno" if somebody is interested in this?

The lab-meeting will begin as usual at 10.30 with some informal chat and "fika" (any fika-volunteer?). Then, at 11.00 Tucker will give his talk, and if you know anybody outside the EXEB-environment who would be interested in attending, please invite them (and I will also send out an announcement). The title of Tuckers talk is:

"Learning to speciate: the role of peak shift in adaptive radiation."

Everybody should be most welcome to this exciting talk and lab-meeting!

P.S. I got the excellent news that Dr. Tom Gosden, a former PhD-student of mine, will return to Lund and the EXEB-lab in January 2014. Looking forward to it! D. S.

Written by Unknown kl. 3:16 AM 0 kommentarer

What causes the genetic correlation between height and IQ in humans? 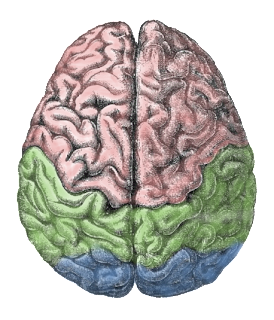 For next week's lab meeting, I've chosen a paper that's a bit heavy on the quant. gen., but which covers an interesting topic: the genetic correlation between height and IQ in humans. It's been previously established that there is a positive genetic correlation between height and IQ (bad news for me, I guess), but the question is what causes this pattern? Is it that the same genes affect both traits? Or is it that assortative mating causes a correlation? This would be possible if for example smart women prefer to mate with tall men. This paper attempts to explore how pleiotropy and assortative mating can contribute to the genetic architecture of sexually selected traits.


The Genetic Correlation between Height and IQ: Shared Genes or Assortative Mating?

Abstract: Traits that are attractive to the opposite sex are often positively correlated when scaled such that scores increase with attractiveness, and this correlation typically has a genetic component. Such traits can be genetically correlated due to genes that affect both traits (“pleiotropy”) and/or because assortative mating causes statistical correlations to develop between selected alleles across the traits (“gametic phase disequilibrium”). In this study, we modeled the covariation between monozygotic and dizygotic twins, their siblings, and their parents (total N = 7,905) to elucidate the nature of the correlation between two potentially sexually selected traits in humans: height and IQ. Unlike previous designs used to investigate the nature of the height–IQ correlation, the present design accounts for the effects of assortative mating and provides much less biased estimates of additive genetic, non-additive genetic, and shared environmental influences. Both traits were highly heritable, although there was greater evidence for non-additive genetic effects in males. After accounting for assortative mating, the correlation between height and IQ was found to be almost entirely genetic in nature. Model fits indicate that both pleiotropy and assortative mating contribute significantly and about equally to this genetic correlation.
Written by JessicaKAbbott kl. 12:26 PM 0 kommentarer