EXEB is our own and dynamic research environment, and as such there is (and indeed should be!) a high turnover of new and old members, and a healthy balance between inflow (newcomers) and outflow (migrants). Recently, three co-workers have left us to take up new positions.


Our most recent outgoing migrants from EXEB include Tom Gosden, who has now moved back to Australia to start a DECRA Junior Research Position, Machteld Verzijden who has moved to Aarhus University for a new postdoc and Maren Wellenreuther, who has moved to New Zeeland to commence a position as Senior Scientist at the Plant & Food Research Institute (though Maren will be affiliated to Lund part-time for the coming couple of years). We thank Tom, Machteld and Maren for their time in Lund and wish them good luck in their new positions.


Here, we also welcome some new EXEB members, which are briefly introduced below. First, we are happy to welcome Tobias Uller, who is in the process of establishing himself in Lund as a faculty member at the Biology Department, after obtaining a prestiguous fellowship from The Wallenberg Foundation. This large grant enables him to build a research group in Lund. Tobias has research interests and competence that is largely complementary to already existing expertise within EXEB, and we are looking forward to integrate both him and his forthcoming PhD-students and postdocs to our research environment. His main interests is the role of developmental plasticity in evolution, and he will work with both invertebrates (Daphnia) and reptiles (lizards) to study these important questions.


We also welcome our new PhD-student Beatriz Willink, who is from Costa Rica and who has a research background as a herpetologist, with special interests in colour polymorphisms and sexual selection. Beatriz will work under my supervision and will focus on the macroevolutionary consequences of sexual selection and colour evolution in Coenagrionidae ("pond damselflies"), using a combination of field experiments, observations and comparative approaches. She obtained a scholarship from The World Bank to do her PhD in Lund and she has already integrated quite well in to the EXEB environment, as she has been here for one field season and several months. 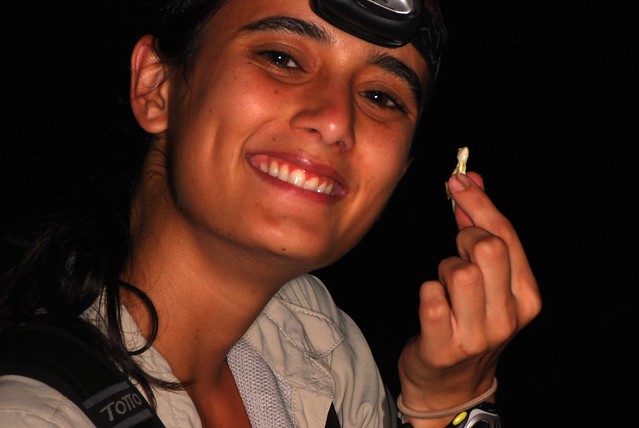 
Next, we welcome Viktor Nilsson-Örtman as a new incoming postdoc. Viktor recently obtained a postdoctoral research grant from The Swedish Research Council (VR). He will spend the first part of this three-year grant at the University of Toronto in the laboratory of Locke Rowe, before he joins Lund and EXEB. Viktor has a strong background in ecological developmental biology, working with latitudinal variation in larval growth rates of damselflies of the genus Enallagma. Viktors expertise on the larval aquatic life-stage will largely complement our ongoing research on adult odonates, and we are looking forward to bring him in to the EXEB environment.


Another postdoc who will join us now in late September 2014 is Katie Duryea from Dartmouth College (New Hampshire, USA), who did her PhD in the lab of Ryan Calsbeek, and who has a background as a herpetologist and Anolis-lizard biologist. Katie recently obtained a prestiguous outgoing postdoctoral fellowship from the National Science Foundation (NSF), which enables her to spend two years in Sweden and to join EXEB. Katie is interested in postcopulatory sexual selection and sperm competition, and she has a strong bioinformatic and molecular biology background, having worked also in the laboratories of Hopi Hoekstra at Harvard University and with Kelly Zammudio at Cornell University, prior to entering the PhD-programme at Dartmouth. During her postdoc in Lund, Katie will work on postcopulatory sexual selection in the polymorphic damselfly Ischnura elegans, taking advantage of soon available transcriptomic and genomic resources for this species, as well as our large outdoor cages at Stensoffa Field Station.


Finally, we also welcome Rosa Sanchéz, who originally did her PhD at University of Vigo (Spain), and who is currently on her second postdoc in Barcelona, where she currently studies mechanisms of postzygotic isolation in mammals. However, Rosa has a solid background as an odonatologist, having worked in the laboratory of Adolfo Cordero during her PhD. Rosa will study the genomic signature of  hybridiziation between Ischnura elegans and its sister species I. graellsii in Spain. Last year, she obtained a Marie Curie Postdoctoral Fellowship from the EU, which enables her to come to Lund and join EXEB in spring 2015.

Abstract: Genetic diversity is the amount of variation observed between DNA sequences from distinct individuals of a given species. This pivotal concept of population genetics has implications for species health, domestication, management and conservation. Levels of genetic diversity seem to vary greatly in natural populations and species, but the determinants of this variation, and particularly the relative influences of species biology and ecology versus population history, are still largely mysterious. Here we show that the diversity of a species is predictable, and is determined in the first place by its ecological strategy. We investigated the genome-wide diversity of 76 non-model animal species by sequencing the transcriptome of two to ten individuals in each species. The distribution of genetic diversity between species revealed no detectable influence of geographic range or invasive status but was accurately predicted by key species traits related to parental investment: long-lived or low-fecundity species with brooding ability were genetically less diverse than short-lived or highly fecund ones. Our analysis demonstrates the influence of long-term life-history strategies on species response to short-term environmental perturbations, a result with immediate implications for conservation policies.
Written by JessicaKAbbott kl. 12:41 AM 0 kommentarer