Many of us are interested in understanding the links between evolutionary patterns and mechanistic processes. For next week's lab meeting I suggest a review paper on how biotic forces can drive macroevolutionary change. Looking forward to a lively discussion! 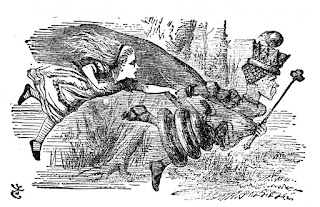 Title: The role of biotic forces in driving macroevolution: beyond the Red Queen

Abstract: A multitude of hypotheses claim that abiotic factors are the main drivers of macroevolutionary change. By contrast, Van Valen's Red Queen hypothesis is often put forward as the sole representative of the view that biotic forcing is the main evolutionary driver. This imbalance of hypotheses does not reflect our current knowledge: theoretical work demonstrates the plausibility of biotically driven long-term evolution, whereas empirical work suggests a central role for biotic forcing in macroevolution. We call for a more pluralistic view of how biotic forces may drive long-term evolution that is compatible with both phenotypic stasis in the fossil record and with non-constant extinction rates. Promising avenues of research include contrasting predictions from relevant theories within ecology and macroevolution, as well as embracing both abiotic and biotic proxies while modelling long-term evolutionary data. By fitting models describing hypotheses of biotically driven macroevolution to data, we could dissect their predictions and transcend beyond pattern description, possibly narrowing the divide between our current understanding of micro- and macroevolution.
Written by Beatriz Willink kl. 10:49 AM 0 kommentarer

Next week I suggest we discuss a paper about size-assortative mating induced by mate choice in simultaneous hermaphrodites. I find the meta-analysis when they compare hermaphrodites mating unilaterally or reciprocally most interesting.

Looking forward to hear what you think. See you next Tuesday (Sep 22nd), at 10 in Argumentet. Fika will be provided as usual. 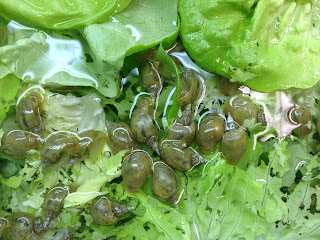 Title: Size-assortative mating in simultaneous hermaphrodites: an experimental test and a meta-analysis

Visitors and talks this week

We have  a number of visitors and talks to keep in mind this week, so here is a list.

Expanding Evolutionary Theory with Learning Theory: Implications for the Evolution of Development and Evolvability

Evolution of haplodiploid reproduction in arthropods

In addition to Richard and Laura, we are also visited by Alfredo Rago (University of Birmingham), who works on the developmental biology of sex determination in Nasonia and Daphnia, and Jarrod Hadfield (University of Edinburgh), who works on evolutionary quantitative genetics and comparative biology. Please let Tobias or Hanna know if you want to meet with any of them - we will also head to the pub on Wed (and probably Thurs too) and you are more than welcome to join.

Hope to see you all at the talks!
Written by Tobias Uller kl. 2:45 AM 0 kommentarer

Lab meeting on non-adaptive plasticity and evolution of gene expression

For next week's lab meeting, let's discuss this recent Nature paper on plasticity and adaptive gene expression - topics that are of interest to many of us.

When: Sept 15, 10:00
Where: Argumentet
What: Paper discussion and Fika 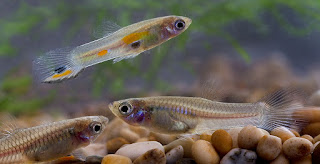 Written by Unknown kl. 4:47 AM 0 kommentarer

Posted by Jessica Abbott
Sorry for being a bit late in choosing an article for next week's meeting. Don't worry, though, it's very short.

An important enterprise in genetics today is in trying to tie together molecular data with quantitative genetics. This paper uses theory to try to explain why a gene that behaves as dominant on the molecular level can still show up as part of the additive genetic variance for a trait, when investigated with quant gen.