Hello, For Those Who can come next week, there will be a review of me and Erik's manuscript Comparing mark-recapture methods with traditional methods.

Tuesday, 10.30. Refreshments will be provided. I will be Distributing the manuscript in the facebook group.

This coming lab meeting (Tuesday April 29th), we will discuss sexual selection and sexual conflict on the chromosome level. I have chosen a paper that deals with mito-sex chromosome interactions, inter-genomic coadaptation and conflict. Looking forward to some interesting discussions.

Title: The potential role of sexual conflict and sexual selection in shaping the genomic distribution of mito-nuclear genes

Abstract: Mitochondrial interactions with the nuclear genome represent one of life’s most important coevolved mutualisms. In many organisms, mitochondria are maternally inherited, and in these cases, co-transmission between the mitochondrial and nuclear genes differs across different parts of the nuclear genome, with genes on the X chromosome having 2/3 probability of co-transmission, compared to 1/2 for genes on autosomes. These asymmetrical inheritance patterns of mitochondria and different parts of the nuclear genome have the potential to put certain gene combinations in inter-genomic coadaptation or conflict. Previous work in mammals found strong evidence that the X chromosome has a dearth of genes that interact with the mitochondria (mito-nuclear genes), suggesting that inter-genomic conflict might drive genes off the X onto the autosomes for their male-beneficial effects. Here, we developed this idea to test co-adaptation and conflict between mito-nuclear gene combinations across phylogenetically independent sex chromosomes on a far broader scale. We found that, in addition to therian mammals, only C. elegans showed an under-representation of mito-nuclear genes on the sex chromosomes. The remaining species studied showed no overall bias in their distribution of mito-nuclear genes. We discuss possible factors other than inter-genomic conflict that might drive the genomic distribution of mito- nuclear genes. 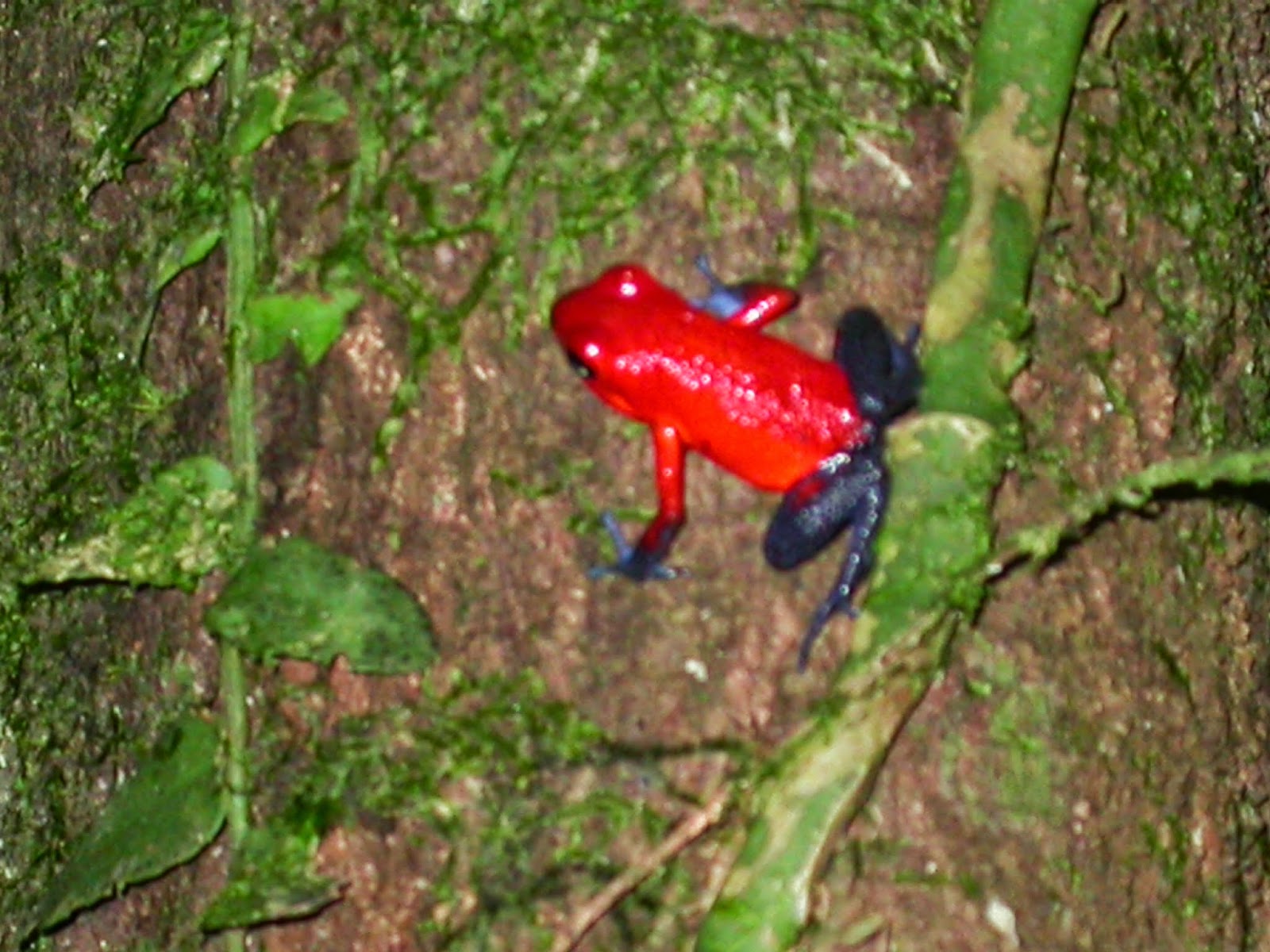 This coming lab-meeting next week, we will listen to an informal presentation on poison dart frogs and colour polymorphism by visiting student Beatriz Willink, who will soon hopefully join the EXEB-lab as a new PhD-student. Beatriz has done a three-years Master's in Costa Rica, and is an experienced field biologist. Some of Beatriz work has been published in Evolution, Evolutionary Ecology and Behavioural Ecology and Sociobology, and you can follow these links if you want to take a look at her papers.

The title of Beatriz talk is:

"Not everything is black and white: Multiple predators and predator-avoidance strategies in a polytypic poison frog" 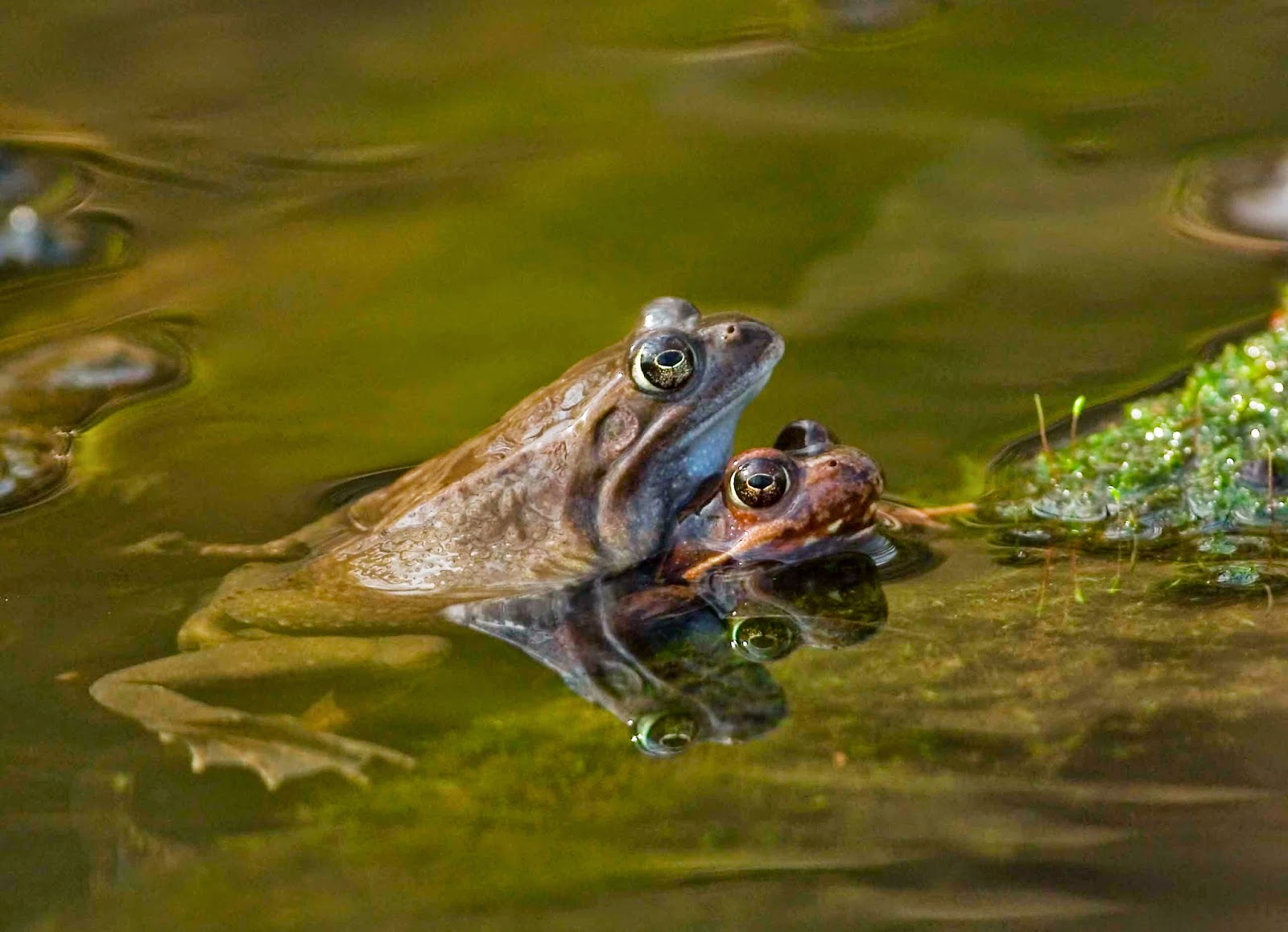 It is spring time, and some of you have already noted the frogs that mate in the pond outside the Ecology Building. Then it seems highly timely to discuss some classical problems in ecology and evolutionary biology that have been subject to some previous lab-meetings, but which continue to fascinate many (including me): why are there more species in the tropics?

Is it because of evolutionary history, such as higher speciation rates in the tropics or lower extinction rates over millions of years? Or is it mainly due to ecological factors such as more energy through the sun and higher humidity in the tropics? Or a combination of ecological and evolutionary factors? What about the roles of niche conservatism and diversity dependence, and how do these affect tropical and temperate diversity?

We will discuss a recent paper  about this by Alexander Pyron and John Wiens about latitudinal diversity gradients in amphibians in relation to speciation, extinction and phylogeny. You can find the paper here, and it is a phylogenetic comparative study, and the abstract is appended below.

Many groups show higher species richness in tropical regions but the underlying causes remain unclear. Despite many competing hypotheses to explain latitudinal diversity gradients, only three processes can directly change species richness across regions: speciation, extinction and dispersal. These processes can be addressed most powerfully using large-scale phylogenetic approaches, but most previous studies have focused on small groups and recent time scales, or did not separate speciation and extinction rates. We investigate the origins of high tropical diversity in amphibians, applying new phylogenetic comparative methods to a tree of 2871 species. Our results show that high tropical diversity is explained by higher speciation in the tropics, higher extinction in temperate regions and limited dispersal out of the tropics compared with colonization of the tropics from temperate regions. These patterns are strongly associated with climate-related variables such as temperature, precipitation and ecosystem energy. Results from models of diversity dependence in speciation rate suggest that temperate clades may have lower carrying capacities and may be more saturated (closer to carrying capacity) than tropical clades. Furthermore, we estimate strikingly low tropical extinction rates over geological time scales, in stark contrast to the dramatic losses of diversity occurring in tropical regions presently.

Written by Unknown kl. 2:24 AM 0 kommentarer 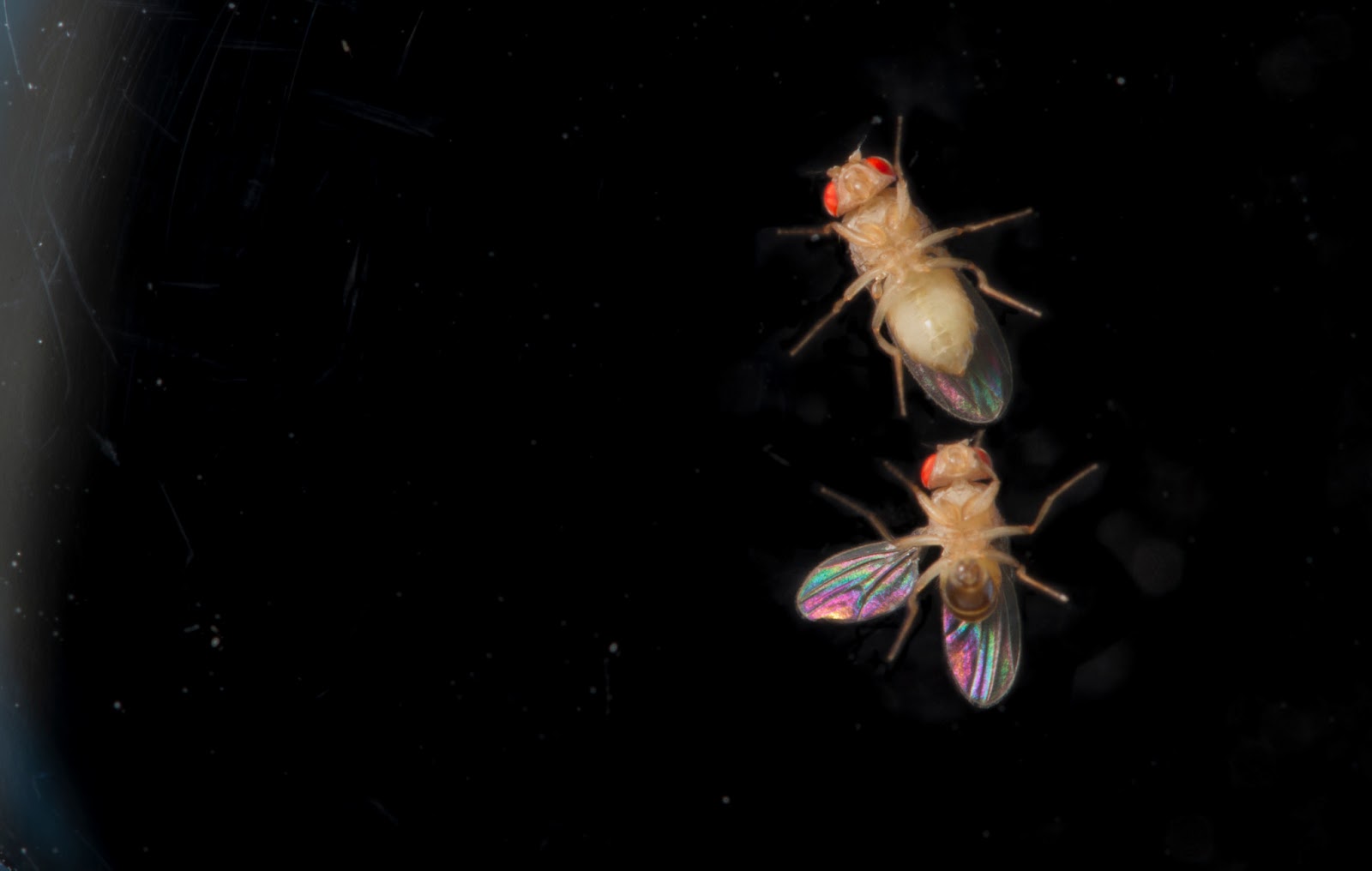 Congratulations to Qinyang Li on successfully defending his Master's thesis yesterday afternoon! This was also an exciting event for me, as Qinyang was my first Master's student.

The topic of the thesis was "The heritability of Wing Interference Patterns and their roles in female choice in Drosophila melanogaster."

Next week's lab-meeting will take place in the afternoon, due to some conflicting activites, and we will be in "Darwin", rather than the usual "Argumentet". We will discuss the paper about gene expression differences and sexual conflict in Nature Communications that we did not have time to digest last week, and this will be followed by a short summary by Jessica about our work in progress regarding the molecular genetic basis of Wing Interference Patterns (WIPs) in Drosophila melanogaster.