Cope's rule and the evolution of body size in Pinnipedimorpha (Mammalia: Carnivora)

For Tuesday, We are reading about Seal-body-size evolution.

Cope's rule describes the evolutionary trend in animal lineages to Increase in body size overtime. In this study, we tested the validity of Cope's rule for a Marine Mammal clade, the Pinnipedimorpha, Which includes the extinct Desmatophocidae, and extant Phocidae (earless seals), Otariidae (fur seals and sea lions), and Odobenidae (walruses). We tested for the presence of Cope's rule by Compiling a large dataset of body size data for extant and fossil pinnipeds And Then Examined how body size evolved through time. We found thatthere was a positive relationship between geologic age and body size. However, this trend is the result of differences between early assemblages of small-bodied pinnipeds (Oligocene to early Miocene) and later assemblages (middle Miocene to Pliocene) for Which species exhibited Greater size diversity. No significant differences were found between the number of Increases or decreases in body size within Pinnipedimorpha or within specified pinniped clades. This Suggests That the pinniped body size Increase was driven by passive diversification into vacant niche space, with the common ancestor of Pinnipedimorpha Occurring near the minimum adult body size possible for a Marine Mammal. Based upon the above results, the evolutionary history of pinnipeds Does not follow Cope's rule.


This article by Garcia-Gonzalez and Simmons focus on the importance of the good genes model in female mate choice.
One founding component of sexual selection is the existence of heritable variation in fitness. The good genes model tells us that this variance in quality is expressed phenotypically in the males and that females base their mate choice upon a trait that represent the male's good genes.
The dung beetle has shown condition dependence of sexually selected traits and genetic correlations between preference and trait, thus comes the logical next step to see if the fitness of the father is inherited to the offspring.
Here they do a quantitative genetic analysis with a full-sib/half-sib design to compare the additive genetic effect of father on egg to adult and adult viability between families (one male mated with three females).
They found a significant effect of the father for egg to adult viability and survival of sons but not daughters to adult age and no indication for sexual antagonism in genetic variation for fitness.
The authors argue for pre- and post-copulatory choice from females and competition between males to give the female indirect benefit in terms of higher offspring fitness in agreement with the good genes model.

Although this is not my current topic of research, I decided to share this article with you for three reasons.
First of all, I have the possibility to do a similar project with Leigh Simmons (one of the authors) as my supervisor in the future, second because it relates with my ongoing project since they investigate paternally inherited fitness in a quantitative genetic study with a full-sib/half-sib breeding design and also discuss sexual antagonism briefly. And last, because it is short and neat (only 4 pages).

Title: Good Genes and Sexual Selection in Dung Beetles (Onthophagus taurus): Genetic Variance in Egg-to-Adult and Adult Viability
Abstract: Whether species exhibit significant heritable variation in fitness is central for sexual selection. According to good genes models there must be genetic variation in males leading to variation in offspring fitness if females are to obtain genetic benefits from exercising mate preferences, or by mating multiply. However, sexual selection based on genetic benefits is controversial, and there is limited unambiguous support for the notion that choosy or polyandrous females can increase the chances of producing offspring with high viability. Here we examine the levels of additive genetic variance in two fitness components in the dung beetle Onthophagus taurus. We found significant sire effects on egg-to-adult viability and on son, but not daughter, survival to sexual maturity, as well as moderate coefficients of additive variance in these traits. Moreover, we do not find evidence for sexual antagonism influencing genetic variation for fitness. Our results are consistent with good genes sexual selection, and suggest that both pre- and postcopulatory mate choice, and male competition could provide indirect benefits to females.
Written by JessicaKAbbott kl. 12:02 PM 0 kommentarer

Tobias is looking for three new postdocs and one lab manager to join the team!


I am currently recruiting people to join my group. To see what projects we currently work on, please visit my homepage.

There are now three postdoctoral positions available (described here and here) and one position as lab manager (will be advertised here shortly, please contact me if you want information).


Postdoc on sexual selection and introgression

The first position is a 2+1 year postdoc to study sexual selection and genomic introgression in wall lizards (funded by the Swedish Research Council). Over the past years we have done a lot of ground work to establish the causes of, and hence predictions for, the extent and direction of hybridization between divergent wall lizard lineages. The next step is to test these predictions in different hybrid contexts; in native hybrid zones and in several regions of secondary contact resulting from human translocations of the species within Europe.

We are now looking for a highly motivated postdoc with experience of analysis of highthroughput sequencing data and with an interest in applying these tools to fundamental questions in evolutionary ecology. You could, for example, have done a PhD and/or postdoc in molecular ecology, evolutionary genomics, or phylogeography. With the freezer full of samples it is all ready to go, but there will be plenty of opportunities for field work as well (Italy, France, Germany, England...). 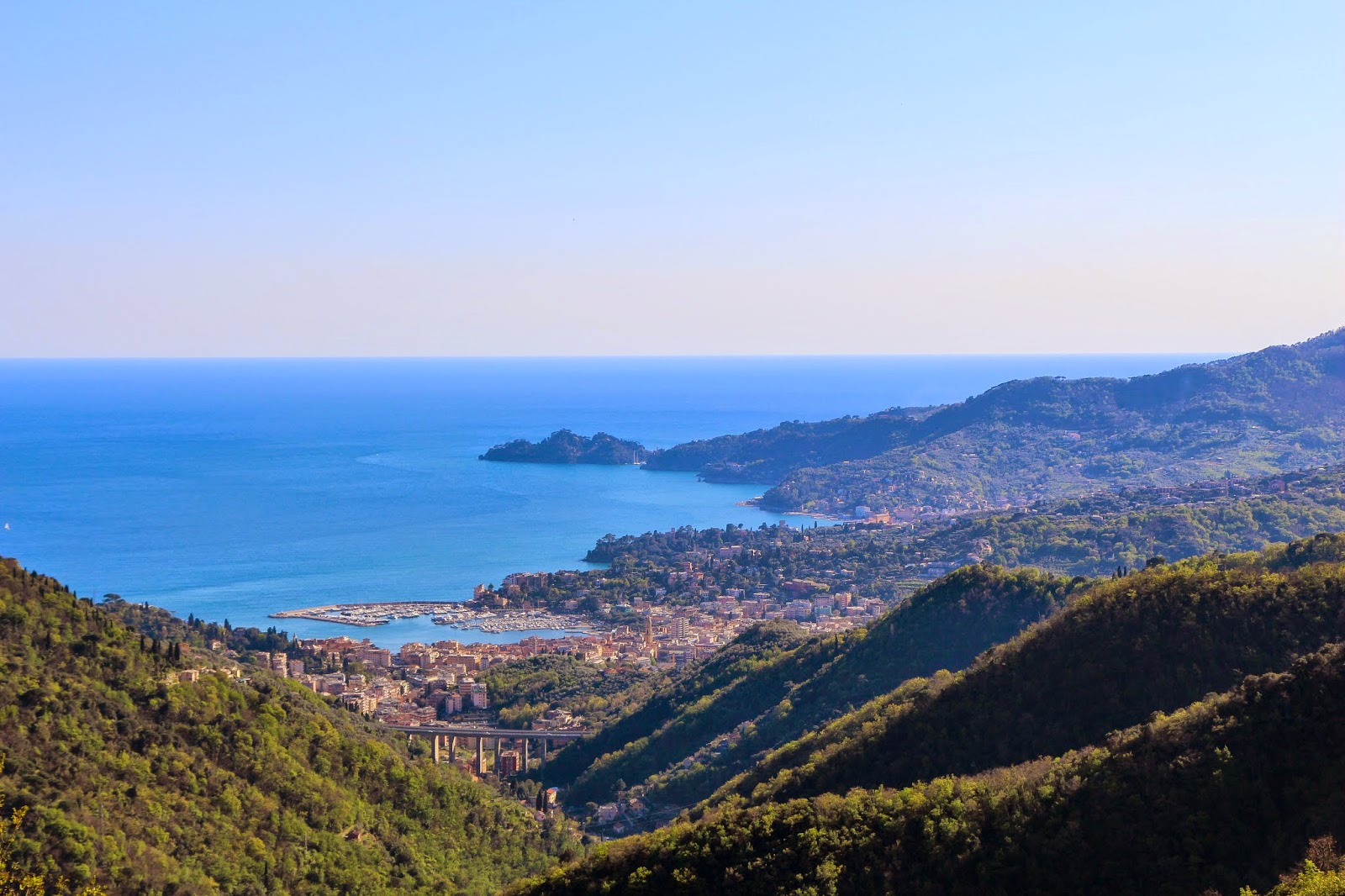 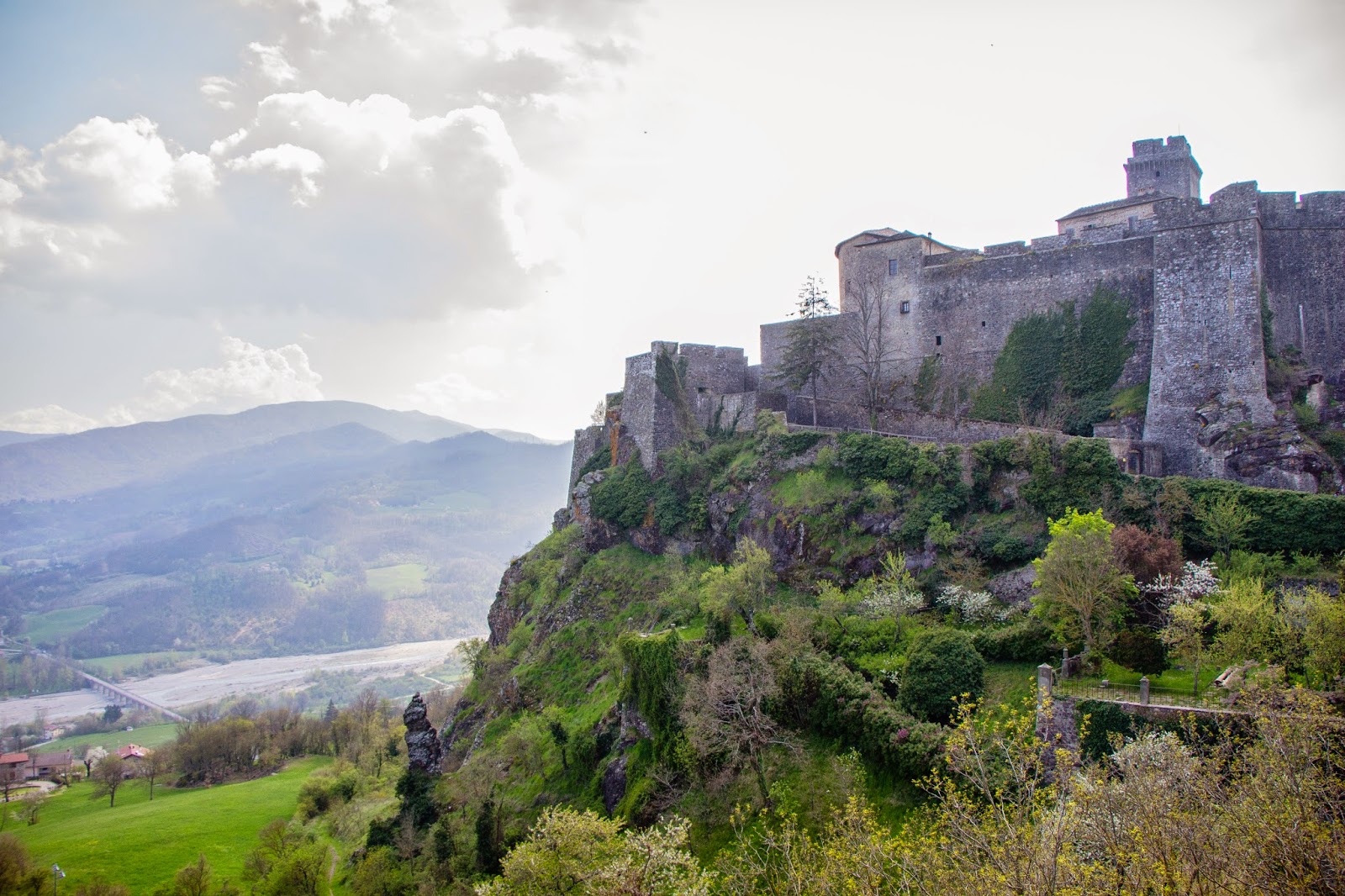 Field locations in Italy. Yes, most of our sites are like this.

I am also advertising two 2-year postdoc scholarships. These are intended to enable early career researchers to develop interesting, cutting-edge, research projects together with us. The positions therefore provide a lot of academic freedom - together we design a project that we feel is really exciting and that breaks new ground. Maybe something that truly advances our understanding of the role of development in evolution or that fit nicely within eco-evo-devo? Lizards, Daphnia, or maybe bring your own system? The funding for these scholarships and the research comes from my Wallenberg Academy Award.

Please apply if you are interested in our work, have the necessary skills and background, and if you you want to join a highly creative environment where we strive for both conceptual and empirical advances. For informal contact or questions, please send me an email.

We like to work on lizards (currently Wallies, Egernia, Anolis) and Daphnia but are happy to discuss alternative systems as well. (Photo credits to Ben Halliwell and Stew Plaistow)

Finally, I am looking for a highly skilled and motivated lab manager/research assistant who want to be involved in the day-to-day running of the research group. This is a creative, flexible, and varied job as an important member of the research team, but without the expectation to independently secure funding and design and execute research projects. Tasks may involve assistance during data collection in the field, animal or molecular laboratory, support for data extraction, handling and statistical analyses, and coordination and management of the group's daily routines, including animal husbandry and administrative support.

If you have an MSc or PhD in a relevant area of biology and want a highly varied and creative job with plenty of responsibility this may be the perfect position for you. Our research involves field work, captive animals, and molecular analyses. What proportion of time you will spend on these depends on your background and interest, but we hope that you want to get involved in our research in many ways and take opportunities to learn new skills. The details of the position will appear here soon, but if you want to know more straight away please contact me.
Written by Tobias Uller kl. 3:07 AM 0 kommentarer