As a proud advisor, I am pleased to announce that EXEB-member and my PhD-student Beatriz Willink will have her "Half-time seminar" next week. The title of Beatriz's talk is


Beatriz will present data and results, containing a mixture of field data from both temperate areas and tropical rainforests (like Guyana, where the picture above was taken), observations, behavioural experiments and phylogenetic comparative analyses on the macroevolutionary dynamics of colour evolution and its developmental changes in damselflies.

It will thus be an integrative talk about a study system that still has a lot to offer and where many fascinationg questions remain to be answered. Beatriz talk will start at 14.30 (following a short coffee break after Gabriel Norevik's halftime seminar, which starts at 13.15 and ends at 14.15). Both halftime seminars will take place in the "Blue Hall" in the Ecology Building, and fika will be served after Gabriels talk and before Beatriz.

Everybody should be most welcome!
Written by Unknown kl. 12:34 PM 0 kommentarer 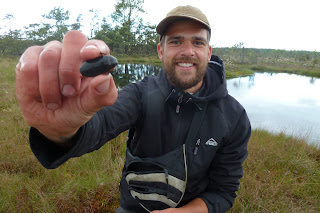 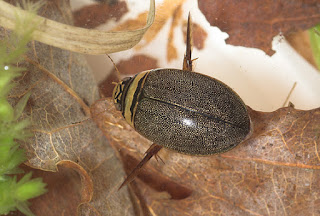 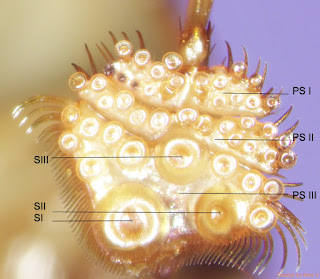 For next week's EXEB-meeting, we will have a visitor by a collaborator of mine from Copenhagen University (Lars Lønsmann Iversen), who will present the results of some ongoing research on diving beetle polymorphisms and antagonistic co-evolution. Time and place of meeting as usual:
When: Tuesday, October 29 at 10.00
Where: "Darwin" seminar room, 2nd floor Ecology Building.
Fika will be served!
About  Lars Lønsmann Iversen
I am a postdoctoral research fellow at the Freshwater biology laboratory at The University of Copenhagen. I have a background as a spatial ecologist and entomologist working with different aspects of community assembly in freshwater habitats. Currently, most of my work addresses community and functional trait compositions along lake to pond gradients in plant communities and freshwater invertebrates.

Welcome to Alfredo Rago, new postdoc in Tobias Ullers lab and in the EXEB environment 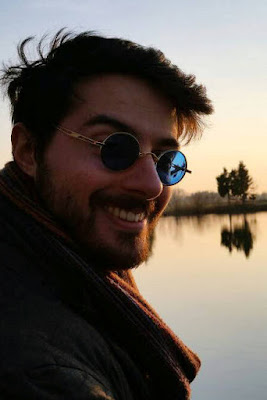 My aim is to understand how regulatory networks evolve to integrate genetic, developmental and environmental factors. I focus on how phenotypic evolution can be caused by changes in the interactions between groups of heterogeneous components rather than by individual genes. My methods include integrative analyses of heterogeneous high-throughput datasets based on theoretical evolutionary modelling.

I am using simulations of environmental and genetic networks to explain the evolution of phenotypic plasticity. I aim to provide a theoretical backbone for empirical studies on how environmental interactions affect the structure of developmental regulation and to understand which regulatory architectures evolve to dampen, propagate or interpret environmental inputs.
Written by Unknown kl. 7:20 AM 0 kommentarer

Lab-meeting on November 22: talk on sexual dimorphism in amphibians by Stephen De Lisle

Next week's EXEB-meeting will deal with the evolutionary ecology of sexual dimorphism by new postdoc Stephen De Lisle, who recently defended his PhD at Toronto University in Canada, under the supervision of Prof. Locke Rowe. Stephen has worked with amphibians, particularly newts, using a combination of experiments in mesocosms on single species, and phylogenetic comparative methods of amphibian diversification. An Abstract is appended below.


I am pleased to introduce my new postdoc Stephen De Lisle, who recently defended his postdoc at University of Toronto, under the supervision of Prof. Locke Rowe. Stephen has a strong experimental evolutionary ecology background, complemented with skills in phylogenetic comparative methods and hence will fit well in to overall research profile of both my lab and the EXEB-environment in general. Stephen will stay in Lund for at least two years from now on, thanks to a large international collaborative grant that Tobias Uller obtained together with me, Charlie Cornwallis and Per Lundberg. Stephen will present some of his thesis research on next year's EXEB-meeting (Tuesday, November 22), which will follow in a separate blogpost.

About Stephen's research, in his own words:

I am an evolutionary ecologist interested in understanding the adaptive origins of phenotypic diversity. Although my interests are broad, much of my research has focused on testing non-traditional models of sexual dimorphism and understanding how the evolution of such ‘ecological’ sexual dimorphisms may or may not influence the structure of ecological communities and the dynamics of evolutionary radiation.  I do this using a combination of experimental and comparative approached that bridge community ecology, microevolution, and macroevolution.
Written by Unknown kl. 10:22 AM 0 kommentarer

As for next week's EXEB-meeting, we will have a visitor from outside who will give a small and informal research presentation: Jonathan M. (Jackie) Brown, GrinnellCollege, Iowa, USA. See title and Abstract below. You can also check his website for information about his research on various species of arthropods.

Jackie’s research explores the evolution of ecological interactions in arthropods. He is particularly interested in how changes in these interactions are associated with the formation of new species. Study taxa have included phoretic mites and their beetle hosts, herbivorous moths and flies and their host plants and enemies, and damselflies and their biotic and abiotic environments.  Ongoing projects include:  (1) the evolution of host plant association in Hawaiian tephritids; (2) the evolution of body color and color dimorphisms in Hawaiian damselflies; and (3) the evolution of unicoloniality in North American Formica ant species. Jackie has also been the director of Grinnell’s ConardEnvironmental Research Area, where he has integrated long-term research on fire effects in prairie and woodland ecosystems into undergraduate biology classes.

Jackie will be in Lund the whole next week (November 14-18), meaning that there is plenty of time to meet and interact with him and discuss your and his research. We also plan to go out for beers on Tuesday evening (November 15). Please contact me (erik.svensson@biol.lu.se) if you are interested in participating or want to set up a meeting with Jackie.

Evolution of body color and color dimorphisms in Hawaiian damselflies: is there more to color than meets the eye?

Sexual dimorphism in color is common in insects, but some species also display sex-limited dimorphism.  Female-limited dimorphisms in damselflies are most often attributed to sexual interactions, i.e., negative frequency-dependent selection by males targeting the more common female morph.  In contrast, my collaborator Idelle Cooper has proposed that ecological selection, rather than sexual conflict in mating rate, explains female dimorphism in an endemic Hawaiian damselfly (Megalagrion calliphya). Pigments -- here the ommochromes that produce red body color -- can have non-visual functions as well, for example as antioxidants that protect against the oxidative stress produced by exposure to UV radiation.  We are now testing this ecological selection hypothesis across the Megalagrion radiation, which exhibits high interspecific variation in body color, in sexual dimorphism, and in the presence of female dimorphism. Our ongoing studies  (1) identify how body color is correlated with abiotic habitat variables, particularly exposure to solar radiation, during the evolution of species across the archipelago; (2) test whether variation in sexual interactions can explain the habitat/color correlations; (3) connect color with survivorship in different habitats; and (4) test pigment function as an antioxidant.  Early results suggest that the primary function of body color is not visual.
Written by Unknown kl. 9:03 AM 0 kommentarer