And now for some public outreach: About sex in humans and insects in "Bildningsbyrån" (Swedish Radio, P1)

I think most of us agree that public outreach and popular science is important, but it is easy to forget in the international world of Lund University that there is also a large Swedish audience who mainly listens to Sveriges Radio (SR), and its channel P1, and quite seldom read English scientific litterature (by the way, P1 is my personal favourite radio channel)

Although one does not reach (potentially) as many people in media channels which are restricted to Swedish, the response is usually very good, and it is often very appreciated. Likewise, I think it is important also to give popular science talks in Swedish, e. g. at "Gymnasiedagarna", as there are many swedes who, although they speak English, are not as familiar with the technical language of science. It is important to interact with your local community, as a scientist, and not only internationally, I think. After all, we live in Sweden, and it is the Swedish taxpayers money which are largely funding our research. They deserve to get some information about how their tax money is spent and why research is useful to the society (not necessarily restricting "useful" to economic benefits, of course).

Recently, Jessica Abbott and I were interviewed in the radio programme "Bildningsbyrån" in a series about sexuality. We were both interviewed in our profession as evolutionary biologists, and the interviewer was interested in what inferences that can be drawn from animal studies to understand sexual behaviour in humans. I think it became a nice and balanced interview, which I am certainly not embarrassed over. You can listen to it here, where the programme will be available for a couple of months. Enjoy!

Why join a scientific society?

As some of you already know, I am involved in the council of the European Society for Evolutionary Biology (ESEB). When I got a request to join the ESEB council a few years ago, I was extremely flattered and could of course not say no: it is a mark of scientific recognition and that one's research is appreciated among colleagues. I bet most others who get this request would feel the same, and it certainly looks good on your CV and will help to get a job.

Recently, we had an internal vote in ESEB about potential new council members to recruit to the Council, and I happened to see at least one name on the list of potential new council members associated with the EXEB-lab (actually one of my former students). However, his/her name had a mark close to it: "Not an ESEB-member". This means that an outstanding chance to become elected to a very  flattering position in the evolutionary biology community was missed by this person - just because he/she did not pay the membership fee!

This tragic story should, if anything, hopefully convince all of you who read this to join one or several scientific societies in evolutionary biology immediately. Apart from an act of solidarity and showing your support for our scientific field it can actually be a boost to your career!

So, I urge all of you who read this: Join some scientific societies today! If you are a student, you will actually get a discount and have a chance to apply for scholarships, receive travel grants and prizes etc. If you are a postdoc or senior scientist, you will benefit from possibly becoming nominated to flattering scientific positions, such as the ESEB Council.

So go ahead, join ESEB, The Society for the Study of Evolution (SSE) and the American Socitety for Naturalists (ASN). You will only benefit from this and have little to loose.
Written by Unknown kl. 11:56 AM 0 kommentarer 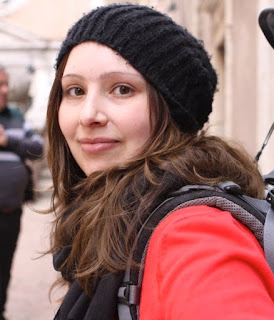 My name is Katrine Lund-Hansen and I am a new PhD student at the Section for Evolutionary Ecology. I grew up on Fyn in Denmark and got my master in biomedicine at University of Southern Denmark. I did my thesis on asthma susceptibility genes in a Danish sib-pair population. I am under shared supervision between Jessica Abbott here in Lund and Ted Morrow at University of Sussex and am going to spend an equal amount of time at the two universities. The focus of my PhD will be on sexual antagonism and sex chromosome evolution. This will be studied through a female-limited X-chromosome evolution experiment, which will investigate the role of sexual antagonism in maintaining standing genetic variation on the X-chromosome, and a sex chromosome replacement experiment that will quantify coevolution between the sex chromosomes. For both experiments I will use Drosophila melanogaster as a model organism.
Written by JessicaKAbbott kl. 11:39 PM 0 kommentarer 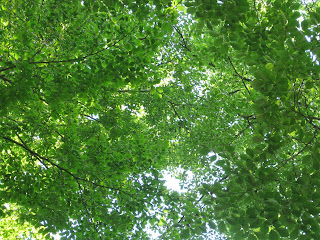 Summer is finally here, which means that many of us are either doing field work or will soon be going on vacation.  Because of this, it seems like now is a good time to switch gears with our weekly meetings.  Since several EXEB members will be around at various times during the summer, it would be unfortunate to cancel all meetings until the fall.  However it's not so rewarding to keep trying to organize formal group discussions or presentations when so few of us are available.  I therefore suggest that we continue to have weekly meetings at 10.30 on Tuesdays, but that these meeting change over to informal catch-up sessions.  Those of us who are available can get together, discuss how things are going, keep each other informed of any news, and drink a cup of tea or coffee.  So basically the same as the first half an hour of our regular meetings!

Hope to see you tomorrow for an informal chat!
Written by JessicaKAbbott kl. 6:50 AM 0 kommentarer

Late announcement: there will be a lab meeting this Tuesday (at 10:30 in Argumentet as usual) for those who are interested. My apologies for a late posting of the paper to be discussed. I suggest that we read the Marie Curie Speciation Network feature review in TREE on the topic "What do we need to know about speciation?". I will bring fika.