This Easter Tuesday I thought we could read a paper that would be of interest to the most of us. There are pretty phylogenetic trees for the Svensson lab and the main focus is sex chromosomes, which we like in the Abbott lab :)
10:30 in Argumentet, I'll bring fika.

Title: A recent bottleneck of Y chromosome diversity coincides with a global change in culture

Abstract: It is commonly thought that human genetic diversity in non-African populations was shaped primarily by an out-of-Africa dispersal 50–100 thousand yr ago (kya). Here, we present a study of 456 geographically diverse high-coverage Y chromosome sequences, including 299 newly reported samples. Applying ancient DNA calibration, we date the Y-chromosomal most recent common ancestor (MRCA) in Africa at 254 (95% CI 192–307) kya and detect a cluster of major non-African founder haplogroups in a narrow time interval at 47–52 kya, consistent with a rapid initial colonization model of Eurasia and Oceania after the out-of-Africa bottleneck. In contrast to demographic reconstructions based on mtDNA, we infer a second strong bottleneck in Y-chromosome lineages dating to the last 10 ky. We hypothesize that this bottleneck is caused by cultural changes affecting variance of reproductive success among males.

On the utility and wide outreach of the EXEB-blog

One thing that became apparent to me at the "Speciation 2015"-meeting last week in California was  how many young colleagues follows this research blog. It is of course very satisfying, as it means that what we publish here has an impact on the scientific community, above and beyond published articles in the classical peer-reviewed article.

I know from own, first-hand experience that several young colleagues are more active on social media and read blogs, Twitter and Facebook, for instance, compared to more senior colleagues. Whatever one thinks about it this, it is a reality that we need to take in to consideration when we communicate our research and try to recruit new co-workers, such as postdocs and PhD-students.

Above, you can see the visitor statistics to our blog from May 2010 to March 2015. I started this blog on my own initative, and it was originally called "Erik Svensson Research Laboratory". After Jessica Abbott received a Junior Project Grant from the Swedish Research Council (VR), we decided to change the name to emphasize that it is a group blog, reflecting the collective work of both Jessica, me and more recently Tobias Uller, who joined EXEB last year, as well as our PhD-students and postdocs.

You can see that we had many readers until we changed the name of the blog to "Experimental Evolution, Ecology & Behaviour" in August 2011, but this probably only reflects the fact that it took time for regular visitors to find the new adress of the blog. The number of blog visitors now seems to be climbing and currently hovers between 2500 and 3000 per month, and we have readers all over the world, albeit a concentration to Europe and the US, which is not unexpected, given the large research communities in these regions.
Written by Unknown kl. 10:01 AM 0 kommentarer

This week there will be another EXEB-organized event in the form of a seminar by my visiting colleague Chris Wheat from the Department of Zoology at Stockholm University. Chris research group is focussed on a number of central questions in ecology and evolution, including phenotypic plasticity and local adaptation, and he and his students and postdocs focus mainly on butterflies as their main study organisms. They use genomic and transcriptomic tools to answer questions in evolutionary biology, and the title of Chris talk will be: 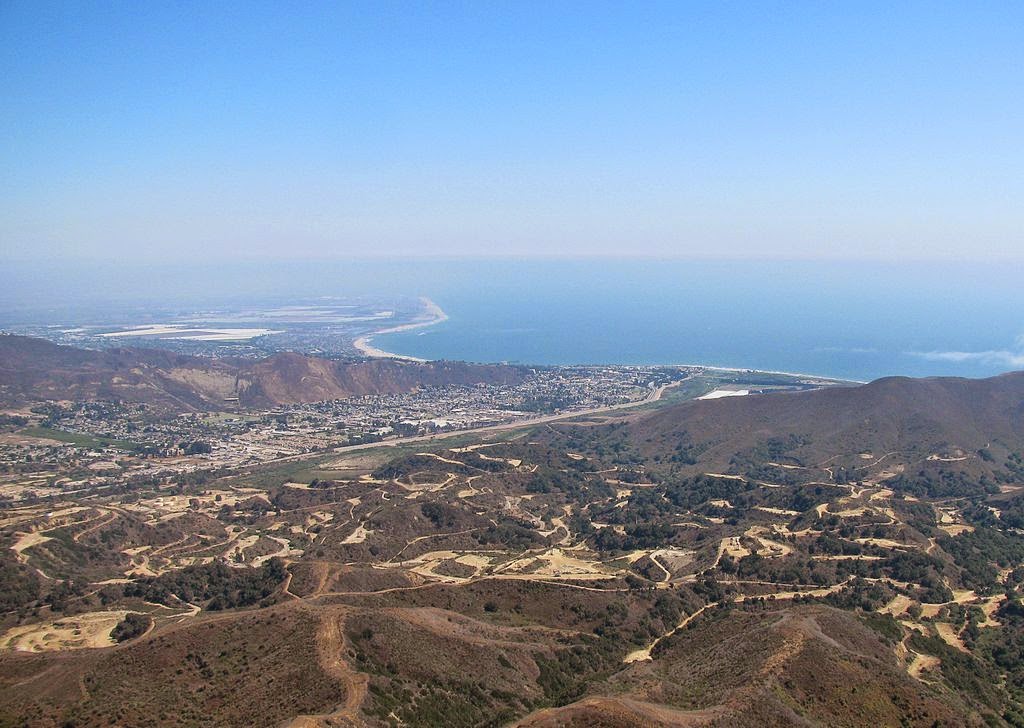 I am posting this from Ventura in southern California, where I am currently attending the last day of the "Speciation 2015" Gordon Research Conference (GRC). It has been a very stimulating conference of perfect size (about 100 attendants), and it will hopefully be permanently established as a bi-annual GRC-event after evaluation of the first two conferences (this one, and the next one to be held in 2017). In spite of the fact that speciation has been an extremely hot research topic in evolutionary biology over the last decade or so, I feel that I have learned many new things, met new colleagues in the field and have established some useful contacts and potential collaborations in the future.

I really hope that in the future, EXEB-members in mine, Jessicas or Tobias groups will participate in these exciting and informal meetings, which will either take place in California or on other GRC-locations (Spain, Italy, Switzerland or China). The location of the next meeting is yet to be determined. You can see the whole programme for the conference here, and I will also briefly tell you a bit about my impressions and thoughts on the lab-meeting next week (see further below). I was responsible for being "Discussion leader" for the "Behavioural Mechanisms"-section, and it went very well, I think.

For lab-meeting next week, we will have the chance to listen to Rachael Dudaniec, who will summarize her postdoctoral research on landscape genetics and genomics of the common bluetail damselfly (Ischnura elegans). This is work that she has done here in Lund under the supervision of me and Bengt Hansson in MEMEG. Rachael has now obtained a permanent lecturer position in Australia and will move there by the end of March 2015, and this will be the last chance to hear about her research while here.

Time and locale as usual:

What is more cool than read about environmental adaptation in humans?
An isolated group of people living in the Andes have developed a tolerance to arsenic in their water supply. The discovery is not only the first time humans have been found to have adapted to arsenic, but it is also “the first known case of humans selection for tolerance to a toxic chemical”, according to the paper.
Investigators conducted a study of residents in the northern Argentinean town of San Antonio de los Cobres. The area is dry and volcanic eruptions have left an arsenic residue that has entered the local water supply. The residents have inadvertently responded by evolving the capacity to methylate arsenic, reducing its toxicity and making it easier to excrete. They found that there was a strong association between the capacity of people in the area to process arsenic in this way and the expression of the AS3MT gene (i.e. it producing an enzyme that enables arsenic metabolism). However, this is the first time a population has been found with such high rates of AS3MT expression. Those studied were also particularly likely to have unusual variations in genes located near the AS3MT gene.
http://mbe.oxfordjournals.org/content/early/2015/02/26/molbev.msv046.full.pdf+html?sid=66701061-41ce-4c05-bfd3-ba2114272850
When: 10:30 March 17, 2015

And Of course, Fika will be provided!
Written by JessicaKAbbott kl. 4:48 AM 0 kommentarer