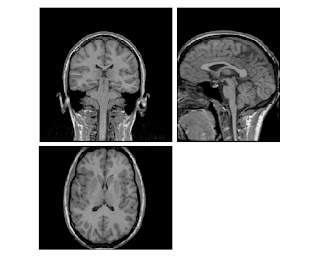 Stockholm is one beautiful city. When I'm not at the Karolinska Institute learning the ropes on human behavioral studies, I am out wandering around the city's busy parks and waterways. It certainly gets dark quick up here.
In the lab, Martin Ingvar has set me under the direction and guidance of two Phd students, Karin Jensen and Fredrick Lindstedt, for a solid introduction to neuroscience. Karin defends her thesis in October while Fred is just beginning his doctoral studies. Erik will be happy to hear that Karin has recently published in PloS ONE, his fav journal.
Fred and I are tasked with designing a study that looks at the interaction between emotion-regulatory genes and pain perception. Over the weeks our colleagues have developed avoidance strategies as we search for 'naïve' subjects to test our methods on. We begin pretrials next week and we'll see if our protocol works. I can't say too much as our future subjects are people and they can google.
I've also become involved with an fMRI brain-imaging study of people who suffer from Fibromyalgia syndrome (FMS). FMS is a disease consisting of lasting chronic pain ( >3 months) that exists without any measurable peripheral tissue damage. Neuro-imaging studies have been essential in establishing how FMS sufferes differ from the general population in how they process pain. I'm learning that FMRI can be a great tool for connecting the dots between the biological, cognitive and psychological systems that determine behavior. Plus, hanging around the scanner means I get a pretty brain scan to take home to Mom (see pic!).
At the moment I am applying for graduate school as well as funding which has me reflecting on my time in Lund. I'm so grateful to have been a part of the Svensson lab- I learned so much!
See you guys in December,
Kram,
Lisa Orr
Written by lisafeets kl. 2:07 PM