The year 2012 is now behind us, and we are looking forward to 2013. The past year was, I dare to say, extremely successful in terms of grant applications, good publications, events and activities. To mention just a few things: three new postdocs joined the lab (Yuma, Lesley, Natsu), one PhD-student defended her thesis in May (Anna Runemark), one postdoc got a "Junior Project Grant" from the Swedish Research Council (Maren) and Jessica got a large grant from the Crafoord Foundation, that has made it possible for her to recruit a new PhD-student to work on the flatworm experimental evolution project. I myself, got a large grant from The Swedish Research Council too, which I am of course very happy for. I certainly hope that 2013 will be as successful, for all of us, as was 2012. Well done, all of you!

Among publications, I could mention some nice papers in Ecology, Molecular Ecology and Trends in Ecology & Evolution, but there are certainly more. I was also happy to get my new volume "The Adaptive Landscape in Evolutionary Biology" out at Oxford University Press (co-edited with Ryan Calsbeek from Dartmouth College, USA).

Below are some pictures from the past year. Keep up the good work, friends! 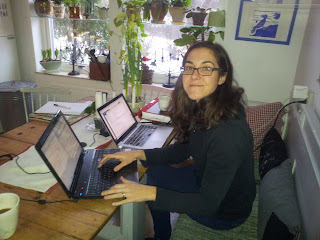 In December, postdoc Lesley Lancaster visited Erik in Dalby to run some generalized linear models in "R" to investigate the role of temperature on mating conflicts in the polymorphic damselfly Ischnura elegans. 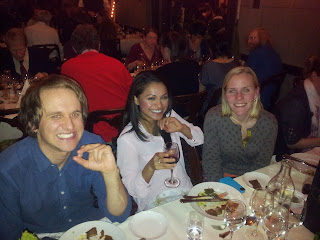 Earlier in December, lab members from EXEB and other colleagues at the Evolutionary Ecology Unit went for our annual Christmas Meeting. Here John, Jasmine and Anna Nordén enjoy the Christmas Table in the evening after the talks. 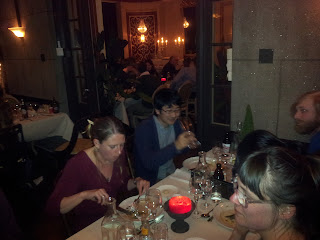 And here are Jessica and Yuma in the same evening. 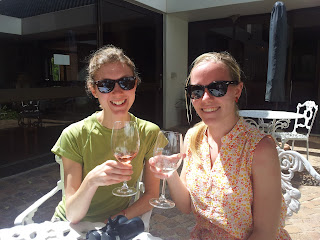 In January and February, Erik went to South Africa for field work with odonates in the Western Cape Province with Master's student Anna Nordén (right) and undergraduate Johanna Eklund (left). Here they both enjoy some of the wine of the Stellenbosch district. 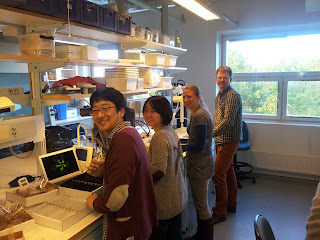 The arrival of our two Japanese postdocs Yuma and Natsu in May enabled us to start up some new projects, including one on Wing Interference Patterns (WIP:s) in Drosophila melanogaster and their role in mate choice and sexual selection. Here we see Yuma, Natsu, Jessica and Jostein Kjarandsen in the lab, doing mate choice trials (Erik is behind the camera).