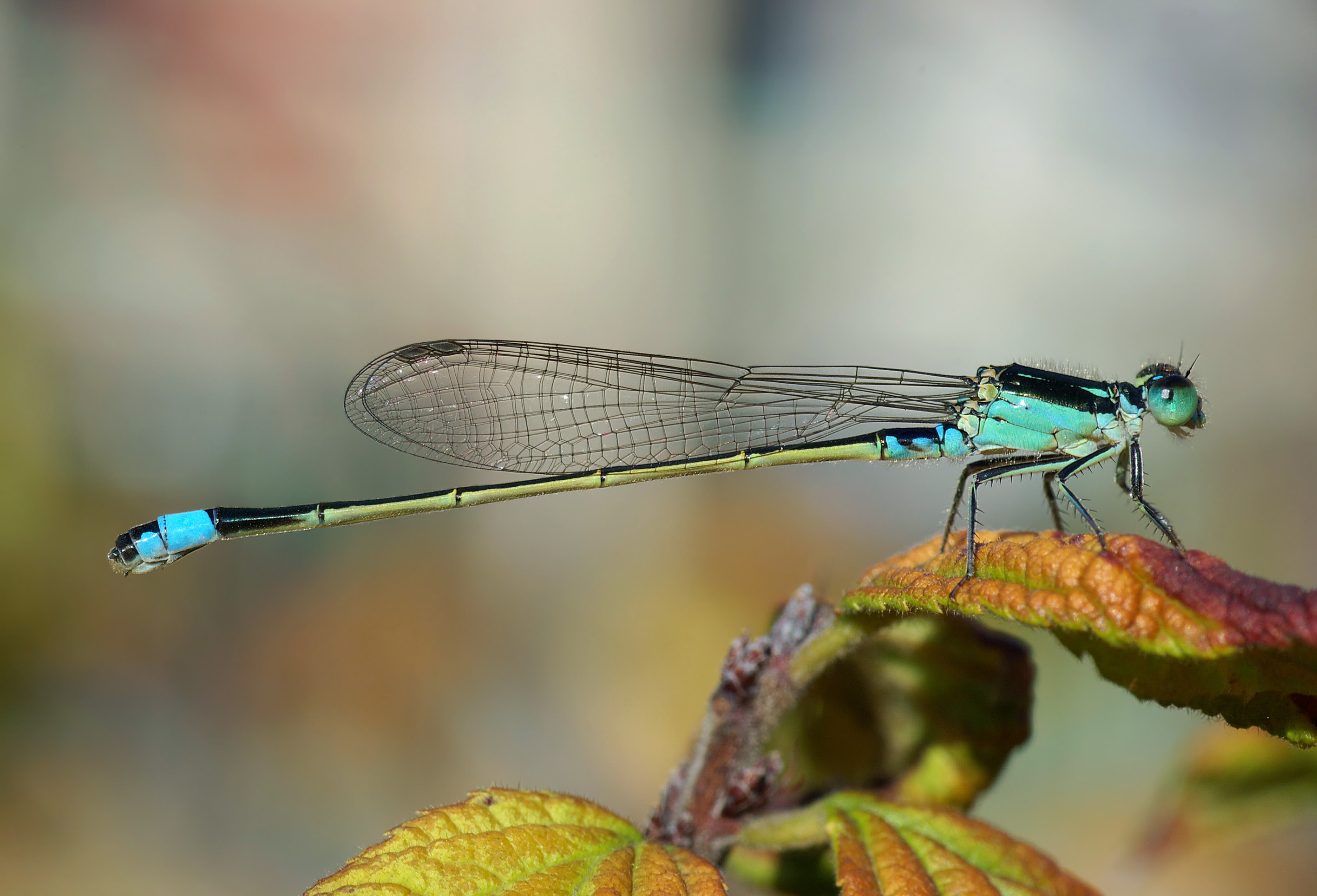 I am pleased to announce that Dr. Yuma Takahashi from Japan has been awarded a three-year postdoctoral scholarship, and will join our laboratory in 2012. Yuma received his doctorate degree at University of Tsukuba and in his thesis work he studied female colour polymorphism, frequency-dependent selection and evolutionary dynamics of the damselfly Ischnura senegalensis. You can read more about Yuma's research here. His study organism (I. senegalenis) is a small coenagrionid damselfly is closely related to Ischnura elegans, which we have studied in our lab.

There are many interesting similarities, but also difference between these two polymorphic species. One major difference, though, is that Ischnura senegalensis has only two female morphs, not three as in Ischnura elegans. Another interesting ecological difference is that the male mimicking androchrome females are often in minority in I. senegalensis, or at least not much more than 50 % of the female population, whereas this female morph is often the most common morph in I. elegans (at least in Sweden where we have mainly studied it). These interesting ecological species differences will hopefully be understood better and be explored after Yuma joins our lab in 2012.

Yuma has already published eight papers from his thesis-work and here I would just like to point to his latest one, which recently appeared in the journal Evolution. Using a powerful combination of field observations and experiments and simulation modelling, they elegantly illustrated the evolutionary dynamics of this polymorphic system which strongly suggest that this dynamic is most likely the result of frequency-dependent sexual conflict interactions, caused by male-female antagonistic mating interactions. In short: males develop a "search image" for common female morphs, and common morphs become differentially sexually harassed, resulting in an inverse relationship between a morph's fitness and its frequency in the population, which leads to negative frequency-dependent selection (NFDS), a very powerful evolutionary mechanism to maintain genetic polymorphisms.

These findings and conclusions by Yuma and his co-workers are very similar to our paper on I. elegans that we published in 2005 in American Naturalist. It is of course nice to see that the genus Ischnura continues to generate interesting studies and inspire evolutionary biologists in different countries, including Japan. As an aside, the next international dragonfly conferences (WDA) will also take place in Japan, south of Tokyo between July 31 and August 5 2011. I am very happy and flattered to become invited as a plenary speaker to this rather small meeting of odonate enthusiasts, amateurs, naturalists and researchers.

Below is the Abstract and link to Yuma's article in Evolution, for those who are interested in reading more about this fascinating species and study system: