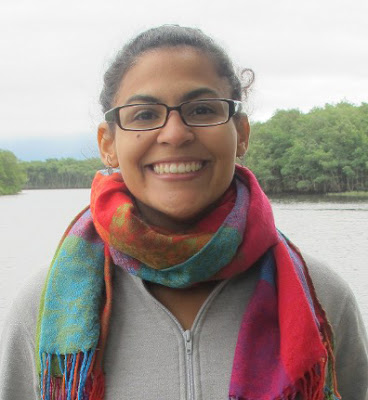 
As some of you know, I have developed an interest in non-ecological speciation mechanisms over the years, that is how reproductively isolation develops and are maintained between species that are only weakly ecologically niche differentiated (see our publications here and here). More recently I have also become more interested in the ecological side, manifested by the neutral theory of biodiversity and its implications, such as the role of ecological drift.

Given these interests of mine, I am therefore happy to welcome Dr. Ayana Martins to the EXEB-meeting next week (Tuesday October 11, at 10.00), where she will give an informal talk about her theoretical research in this area. Ayana is thus primarily a theoretical evolutionary biologist, but she is also interested in empirical research in this field. Ayana will visit the department and my group next week to discuss some future collaborations,  and she will stay in Lund until early Thursday morning. Among her previous research, is an interesting paper about "ring species" in evolution.

We plan to go out for beers and something to eat on Tuesday evening (e. g. the new hamburger place "Tugg", see here!), and all EXEB-members who are interested in joining us or would like to talk to Ayana could contact me (email: erik.svensson@biol.lu.se).

More info below, and of course "fika" will be provided. Welcome!

Is there a role for neutrality in speciation?


About Ayana:
I have a bachelor degree in Biology (2006, University of Campinas, Brazil), a master degree in Genetics and Molecular Biology (2010) from the same institution and a doctor degree in Ecology (2014) from the University of São Paulo (Brazil). Currently, I am a post doctoral research fellow in the Institute of Physics Gleb Wataghin (University of Campinas). Since early May, I have been visiting the Swiss Federal Institute  of Aquatic Science and Technology (Eawag) in Switzerland to carry out part of my current research project. I work with  speciation models mostly addressing the roles of spatial structuring,  population expansion, genetic incompatibilities and non-random mate choice. More recently I have become interested in developing methods to test hypothesis with these models with empirical data


Neutral theories have had an important role in ecology and evolution not only  by providing novel ideas but also by serving as null models that allow hypothesis to be tested. In this context, the neutral theory of molecular evolution and the unified neutral theory of biodiversity are particularly relevant for understanding speciation since they provide predictions that can be tested at different levels of organization. While these two theories encompass processes that are conceptually related (e.g. genetic drift vs. ecological drift), much progress is needed before these two frameworks are formally integrated. In this talk, I will discuss the conditions for speciation under the assumption of ecological equivalence. I will focus on i) the interplay between spatial isolation and the number of loci resulting in genetic incompatibilities, and ii) how selection resulting from non-random mating schemes is related to neutrality on the level of individuals.