The Impact of Inversion Polymorphisms on Evolution

Chromosomal inversions are widespread in nature and have been found in plants, mammals, birds and insects. A role of selection on the evolution of chromosomal inversions has been demonstrated through the pioneering work by Dobzhansky and co-workers on Drosophila pseudoobscura, but has since been found in several other species. Inversions are of particular interest in many species because they suppress recombination in heterokaryotypes and may therefore help to maintain positive epistatic interactions among groups of alleles at loci contained in the inversion. In this way, inversion can be seen as facilitating the formation of adaptive gene complexes, drivers of adaptation and speciation.
Traditionally, inversions on the species level have been identified cytologically through meiotic observations. Inversion polymorphisms within species can be identified through examination of the salivary glands of adults, where polytene chromosomes are located. 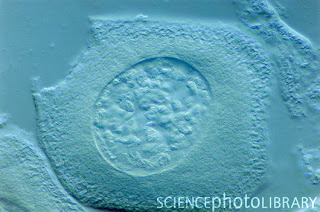 
In these glands, inversion polymorphisms can be recognized by loops in polytene chromosomes, that reflect a chromosome pair consisting of a large inverted and a non-inverted chromosome. More recently, molecular techniques can be employed to score known inversion points, either through specific markers that span the breakpoint region or SNP’s in disequilibrium with the inversions. 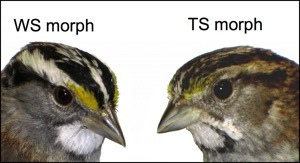 This color variation corresponds perfectly to one of two alternative life history strategies. The black and white males sing often and are more aggressive than the plain males and are overall neither devoted mates nor caring fathers. Females are affected in a very similar way, with black and white striped females being more aggressive and polyandrous and less caring as mothers. Chromosomal staining methods revealed that white throated sparrows have a very large mirror-image end-to-end chromosomal rearrangement: roughly 1000 genes on chromosome number 2 have flipped around. In black and white birds, one copy of chromosome 2 is partly inverted, while both copies in brown and tan birds are uninverted. 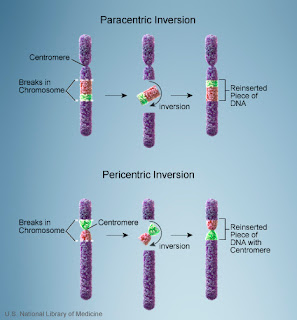 The polymorphism is maintained by almost perfect negative assortative mating – each morph mates with its opposite. Dimorphic pairs have an advantageous balance between parental care and aggressive territorial defense. In fact, 95% of pairs are mixed-morphs. Negative assortment assures similar reproductive success, and populations consist of approximately half heterozygotes, which are black and white, and half homozygous recessives. This  structure is the predicted equilibrium if one homozygote is more fit than another. The double inversion ‘‘white–white’’ is nearly lethal.

In next week’s lab meeting we will discuss two papers. The first is a review paper by Hoffmann and Rieseberg (2008) entitled ‘Revisiting the Impact of Inversions in Evolution: From Population Genetic Markers to Drivers of Adaptive Shifts and Speciation?’ The second paper is a by Gilburn and Day (1994) on seaweed flies, which I will be working on in New Zealand with Gregory Holwell from the University of Auckland. The seaweed fly article will use a population study to investigate the effect of stable and unstable environmental conditions on the Fisherian process and viability indicator mechanisms. The paper is entitled ‘Evolution of Female Choice in Seaweed Flies: Fisherian and Good Genes Mechanisms Operate in Different Populations‘