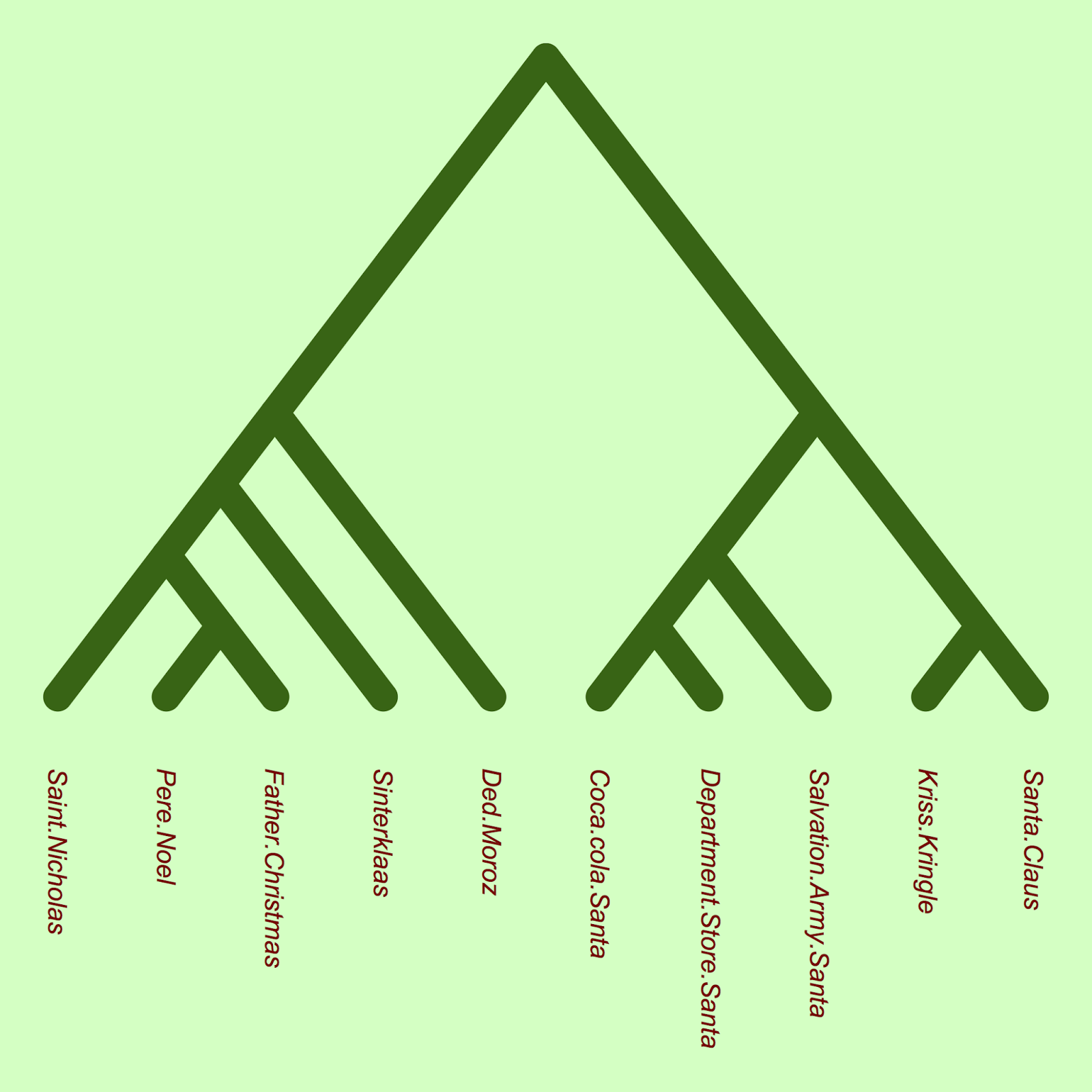 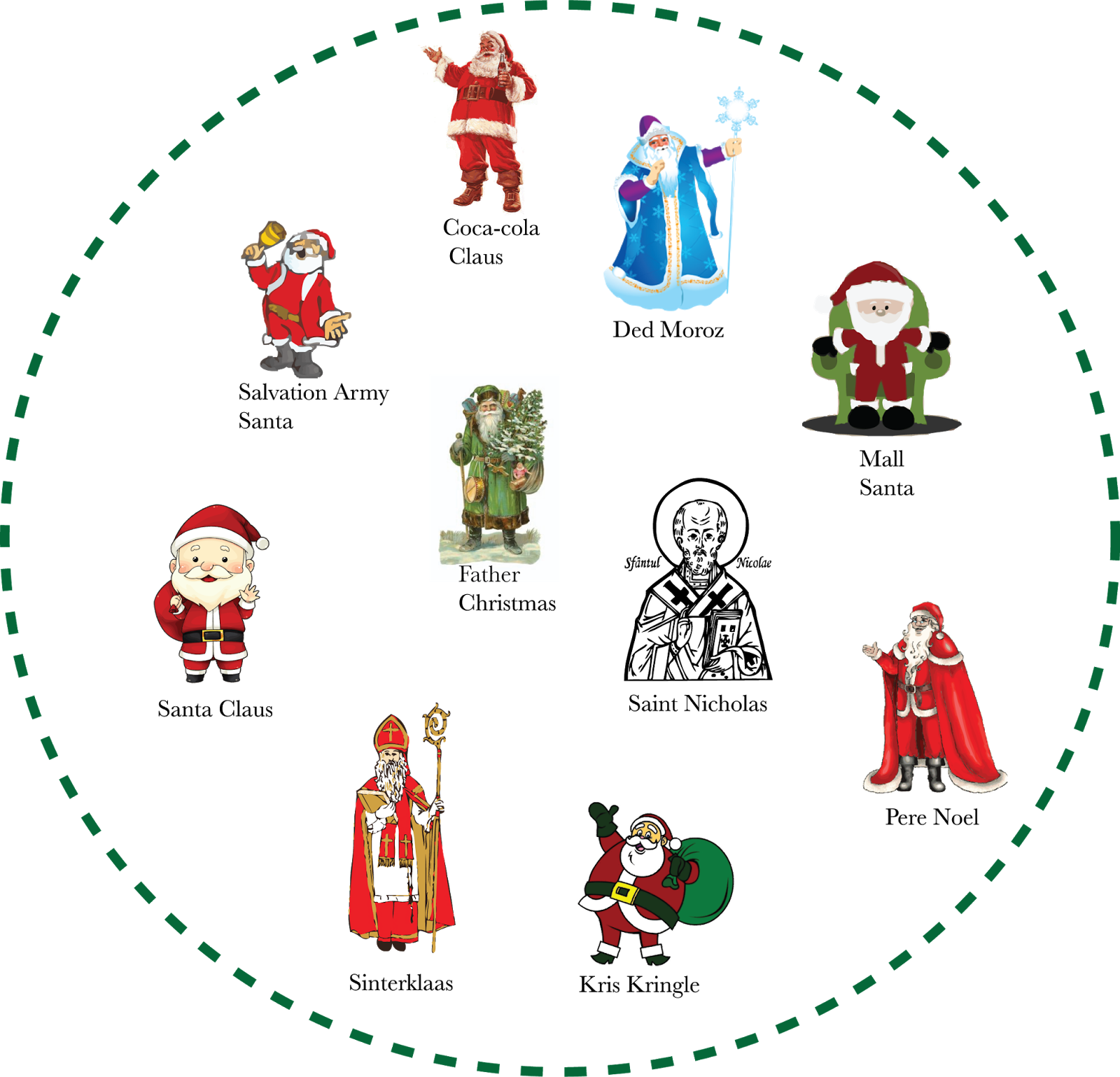 The future looks bright, I think, if the trend in 2015 will continue, but now for something lighter: the evolutionary origin of Santa Claus. It was Beatriz Willink pointed me to this very interesting blog post, which aims to do a phylogenetic analysis of the evolutionary origin and allopatric divergence of different Santa Claus phenotypes. It is from the blog "EEB and Flow", and R-code is provided, should you be interested in exploring this fascinating topic in depth. Enjoy!
Written by Unknown kl. 2:16 AM