Is history always written by the victors? 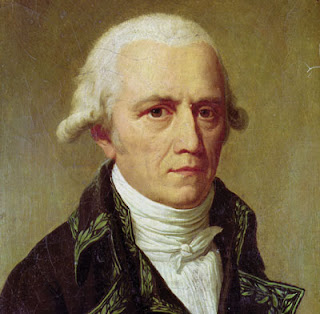 I had planned to write a blogg post on my recent activities with a friend who was visiting us from Sweden. After a wonderful few weeks cavorting around Australia’s east coast including whale watching, snorkelling on the Great Barrier Reef, exploring the rainforests of Daintree (where we found a Hercules moth, see picture) and Springbrook national park (see pic of common tree snake eating what looks like a gecko), camping on the beach at Stradbroke Island and an ill-advised skydive onto a beach north of Brisbane (for pictures of some of these activities see this site) I felt I had enough to write about, even if it broke the recent run of excellent true scientific posts.

But my head was turned by a correspondence letter in this week’s nature about a retrospective book review of Lamarck’s Philosophie Zoologique (Zoological Philosophy) from 1809. Ignoring the small errors pointed out by the correspondence, the book review opened my eyes a little to the misrepresentative way Lamarck is viewed within main stream science (or at least by the english). I have been as guilty as many for lambasting the work of Lamarck (mainly as a way of mocking Fabrice and the French in general), based purely on summaries of his work I have read in undergraduate textbooks. So have we chosen to over look Lamarck’s main contributions to our field? Having only read what is mentioned in the articles above it would be wrong of me to draw any conclusions and opinions from this……but of course I will and I say yes.

So how does science remember those who have gone before? We are dealing with philosophy of history when we look back over the works of those who have preceded us. Even though much of the work is in print, and therefore assumed to be infallible, misreading and misquoting work is something we are all guilty of to some extent. Sometimes it is easier to cite a piece of work based on the general consensus of what was said rather than reading it yourself. So a lesson for us all, if you're fortunate enough for your work to be remembered, just hope that you're lucky enough that it is remembered favourably and that you're not French (just a joke for Fabrice)!